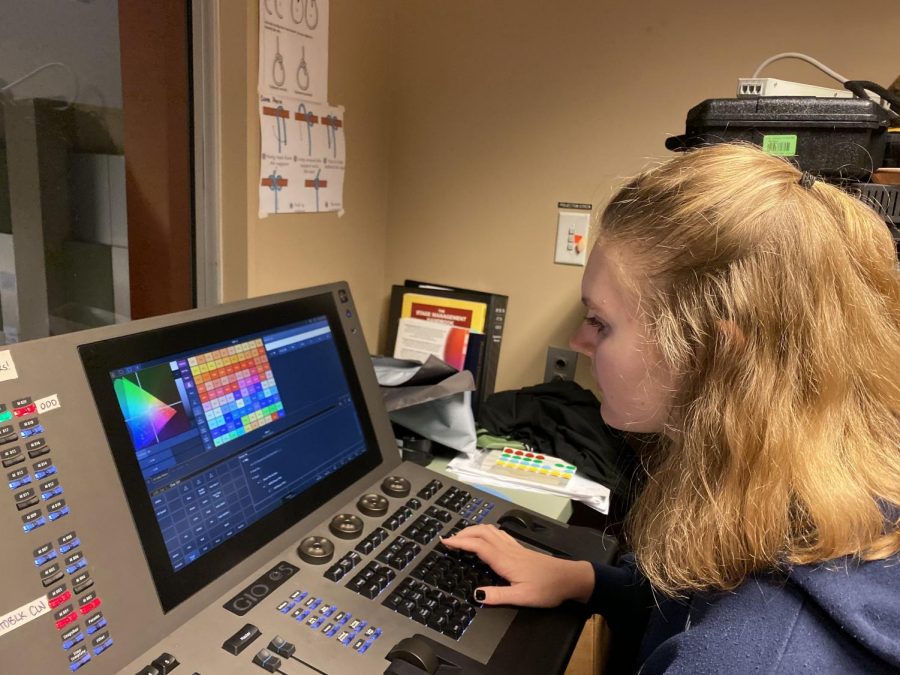 WEB EXCLUSIVE The cast and crew of “She Kills Monsters” prepare for upcoming performances as the final tech rehearsals continue through Wed. Nov. 13.

The cast and crew finish setting scenes, lighting, sound, props and costumes for the production during tech week. This week allows for everyone to perfect the performance, according to Technical Director Chris Miller.

“During tech week we put it all together and start running the show,” Miller said. “Even though it’s a lot of work, we see the show start to come together and we start to see what it’s actually going to look like.”

Tech week is a time commitment, with rehearsals lasting from 11 a.m. to 5 p.m. on Saturday and Sunday, according to freshman Lucia Ahearne. Actors will have two dress rehearsals and a preview for faculty and staff this week before the three performances this weekend.

“I’ve never done theater before,” Ahearne said. “I was completely thrust into a new environment. Everyone in the cast and crew is all very nice and welcoming, and it just made a very fun experience.”

Members of the crew are responsible for creating lighting and sound cues for the show and practice them during rehearsal to see how everything looks, according to junior Amy Phipps, who designs lighting.

“As a lighting designer, I had to make sure that I have all the colors and the look that the director likes,” Phipps said. “It definitely gets pretty stressful, but I think in the end, we all do it for the arts.”

“When the cast and crew start seeing the lights, hearing the sound and seeing the projections, I think the energy goes way up,” Miller said. “We get excited about what we’ve made and very enthusiastic about getting the chance to show it to the rest of the school.”