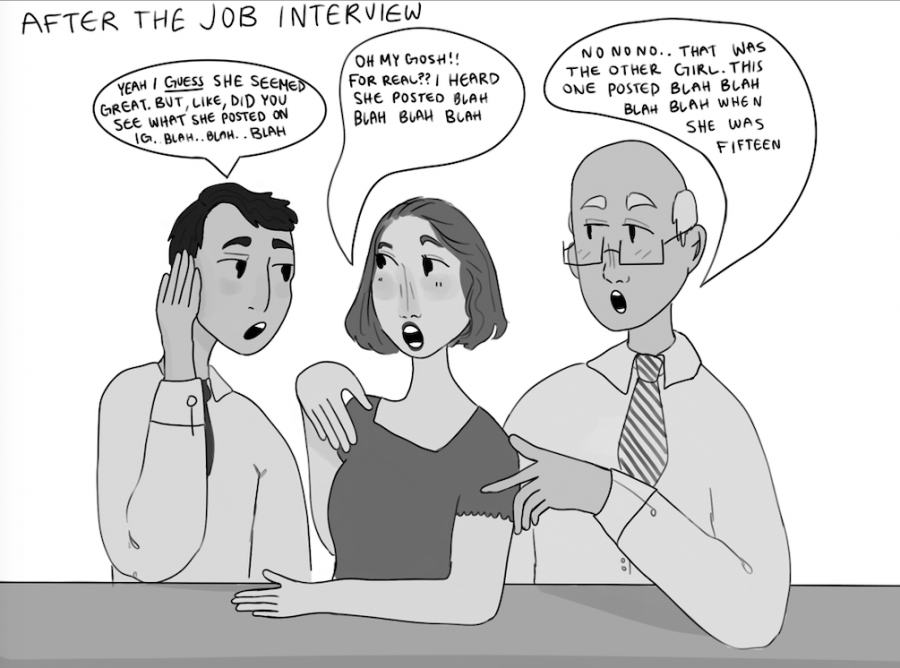 In a society reliant on the use of social media, privacy is practically nonexistent, and the internet footprint teenagers make in their school years may be the deal breaker when applying for jobs years in the future.

Photos surfaced earlier this month allegedly depicting Virginia Gov. Ralph Northam in blackface as part of a costume in his 1984 medical school yearbook. Just days later, Attorney General Mark Herring admitted to using blackface for a Kurtis Blow costume when he was 19.

While Northam was exposed through physical photos, it’s important to remember that social media shares the same —  if not greater — risks. Any picture or video taken can be posted and seen by thousands of people within a few hours. Social media has made the country more connected than ever before, and people’s personal lives can be assessed and analyzed with just a few clicks. For this reason alone, social media users should be carefully considering what they are posting online.

Even if a bad decision isn’t uploaded on social media, it can still be a risk. After being accused by Christine Blasey Ford of sexual assault, Associate Supreme Court Justice Brett Kavanaugh’s high school yearbook, filled with references of drinking games and sexual innuendos, was used in an effort to block his confirmation to the Supreme Court last year.

The ignorance displayed through the actions of these politicians raised and still raises serious concerns about their character. As young men, they thought no one was watching them — or that no one cared — which to them made it acceptable.

Teenagers growing up can learn a valuable lesson from these actions: the things we do now will follow us into the future, and the person we display to the world now will be part of our images forever.

Actions as severe as blackface and sexual assault seem like obvious things to avoid, but actions less extreme can still be detrimental in the future. Mean or disrespectful comments, inside jokes that allude to misconduct, and references of underage drinking or drug use may later lead to a lost scholarship, acceptance to college, or a dream job.

The desire to make Instagram feeds or Snapchat stories reflect seemingly fun-filled, exciting lives has become a goal for many teenagers, but at the end of the day it is not worth running the risk of posting inappropriate material if there is a possibility that it can take away future opportunities.

Although it’s a good idea to delete potentially defamatory posts or even accounts, that may not be enough. Everything posted on the internet still exists somewhere in an archive or on someone else’s phone.

Moving forward, teenagers now need to change their mindset when deciding whether or not to post a photo or message on their social media. Factoring in what impact the photo or message will have in the future is necessary, as well as thinking about how others will view the post.