Take a deep breath, if you can 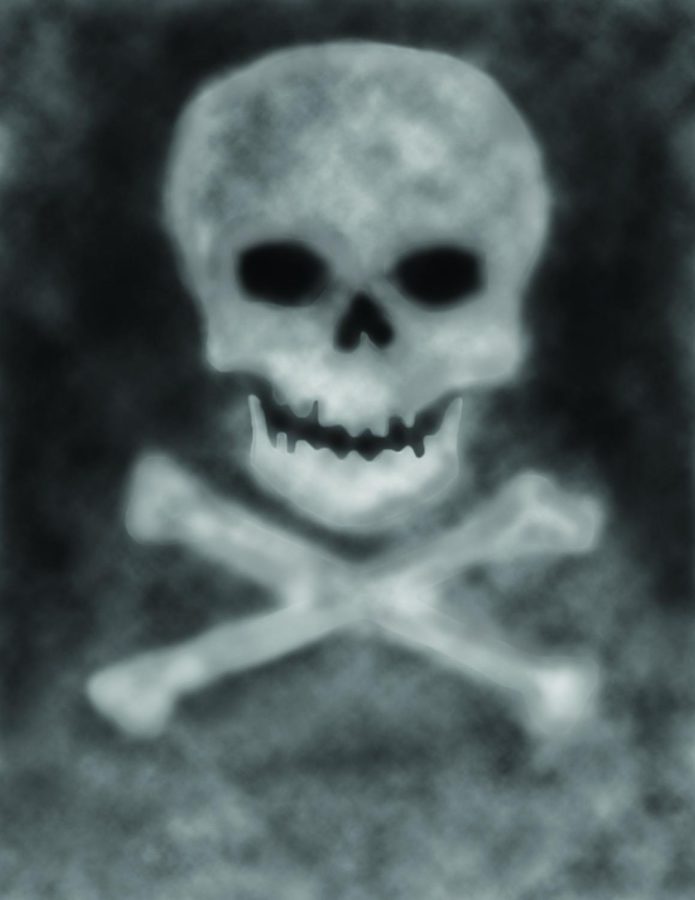 Hospitals are admitting teenagers and young adults across the nation for suffering from an apparent vaping-related respiratory injury, causing alarm bells to sound in the heads of adults, parents, students and doctors alike.

JUUL’s CEO Kevin Burns announced on Sept. 25 that he would be stepping down amid the increasing reports of health issues. Juul, the largest vendor of nicotine vaporizers, controls 50% of the e-cigarette market, according to Time Magazine.

“I used to use [a JUUL] daily but my sister took it away from me,” a 16-year-old student, who asked to remain anonymous, said. “I now mostly use it on weekends and at parties.”

There are no known long term effects of vaping due to the newness of the product, but an acute lung injury can appear just days after starting to vape, according to Allison Goodyear, MD, Fellow of the American Academy of Pediatrics.

“Traditional cigarettes harm lungs after long term smoke exposure, causing edema and inflammation,” Goodyear said. “This is an acute lung injury, so that happens very quickly, but we don’t know exactly the cause at this point in time.”

Symptoms of the acute lung injury include respiratory symptoms like chest pain, shortness of breath, difficulty breathing and cough as well as some gastrointestinal symptoms including nausea, vomiting and diarrhea, according to Goodyear.

“It definitely scares me but it doesn’t feel like [death] could actually happen,” the student said. “It feels like a very far out future thing so it doesn’t really affect me in the moment. It doesn’t connect that because of juuling I could potentially die.”

While the CDC is investigating all possible reports of a vaping related respiratory injury, the Food and Drug Administration has launched an investigation into the chemicals in nicotine cartridges and refills.

JUUL did not respond to multiple requests from The Broadview for a statement on the recent health epidemic.

“I haven’t really seen it affect my health as much as my friends,” the student said. “I have friends who are very addicted and who genuinely can’t stop. It’s more concerning seeing it not just impact me, but someone else.”

Although concerned individuals using vaping devices reading the news may be motivated to kick their nicotine habit, it is harder for teenagers to stop after they have developed the addiction, according to school counselor Laurie Pomeranz.

“The teenage brain is in a very plastic state and is always laying down new pathways,” Pomeranz said. “Laying down a nicotine pathway is like drawing in wet cement in terms of the lasting impression on the developing brain.”

The popularity of vaping with teenagers makes quitting the habit even more difficult, according to the student.

“In group settings, it’s a lot more prevalent,” the student said. “The decision I’ve made is that if it’s there, it’s going to be used. If I seriously want to stop, I have to get it out of my reach.”

Individuals who use vaping devices should inform their doctors so they can look out for symptoms of acute lung injury.

“If people have been vaping and their doctor doesn’t know, it’s very easy to confuse with things like pneumonia,” Goodyear said. “This is why we are finding so many cases of this injury now. The more people hear about it, the more doctors are retrospectively finding that a kid was sick with their respiratory infection because they were vaping.”

Telling a trusted adult like a coach, parent or teacher is the best first step for a student to take in order to quit nicotine addiction, according to Pomeranz.

“I encourage anyone who is struggling with anything and who needs support to say something,” Pomeranz said. “Just say, ‘This is really hard for me to say because I don’t want you to be disappointed in me. But I need help with something and you’re someone I trust, I want to ask for your help.’”

This story was updated on Oct. 3, 2019 at 11:08 p.m. to reflect the latest statistics on the number of reported vaping injuries and deaths.