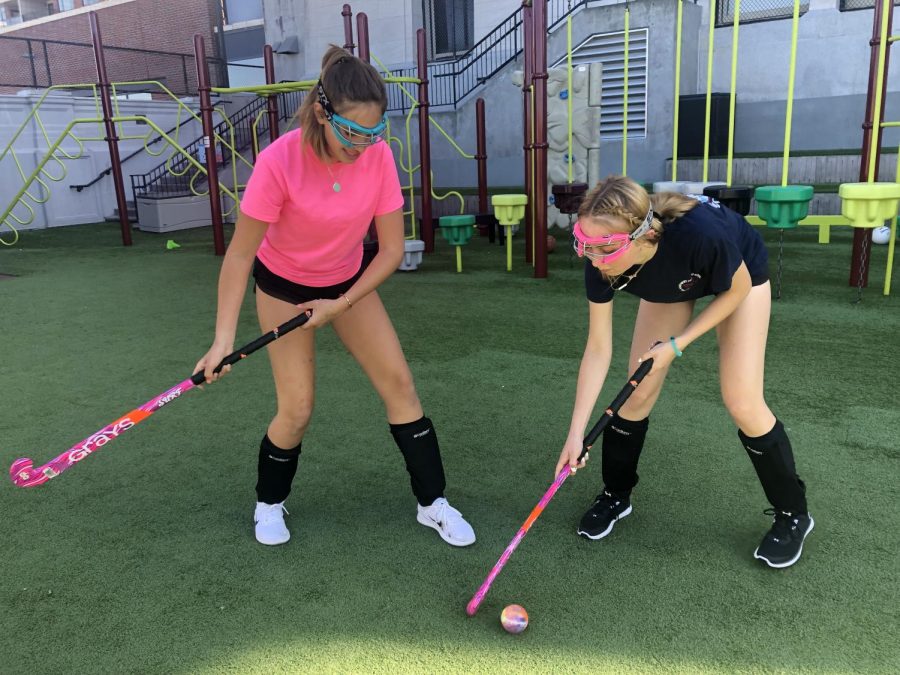 Some athletes who are not running cross-country races, spiking volleyballs over the net or sailing across the Bay are racing down the field with sticks playing field hockey, Convent’s newly-introduced fall sport.

The team’s players are primarily made up of underclassmen because of conflicting sports and newness of the sport at the school, according to athletics director Elena DeSantis.

“It’s definitely been an interesting experience being on a first year team because many people are learning the sport for the first time,” sophomore Asdorian said. “We are all still learning the basics and the rules of the game.”

All but one player on the team is new to field hockey, according to Asdorian. Freshman Melanie Koch played for one year in junior high.

Although the players are novices, the coach Kristen Manson was a field hockey national champion in college and has coached at multiple universities including Central Michigan University and James Madison University before coming to Convent.

Having a team with almost no field hockey experience puts players on an even playing field.

“It’s kind of nice that they’re all learning the basics because they are all essentially at the same level,” Manson said. “We’re starting at ground zero, so right now we are really just establishing our team culture.”

Traditions, such as varsity volleyball sharing a box of bagels before every game, benefit and strengthen sports team dynamics.

The new sport must lay down foundations in skill, so field hockey will start out as a JV team.

“We’re definitely playing University and we have two games scheduled with their JV team,” Manson said. “Nothing is set in stone yet, but we are also trying to get a few games against Lick’s JV team.”

With hope that there will be more girls trying out for field hockey next year, the school plans to have both a JV and varsity teams.

“Next year we will play in the varsity league,” DeSantis said. “If we have enough girls to fill up a JV and varsity team, we would love that.”

JV field hockey will have its next game on Oct. 7 against University at Paul Goode, and the season officially concludes on Oct. 10.

“I’m so glad I got to know the girls from other grades,” Asdorian said. “I’m really looking forward to our last few games as a team and the end of the season.”