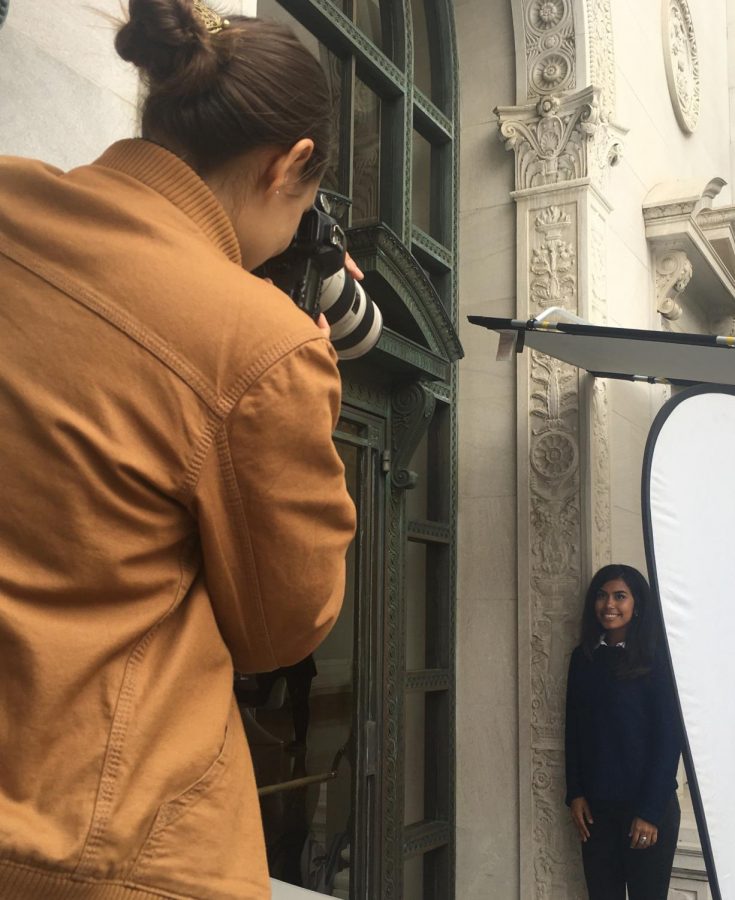 Senior Malinalli Cervantes poses for her school picture. Cervantes takes advantage of her lunch period to have her photo taken.

Students came to school in their dress uniform primped and prodded today in order to take their annual school picture.

Members of the Convent & Stuart Hall High School community were able to take their professional photos at either Broadway or Pine and Octavia campus.

“Picture day was convenient and easygoing for me,” said freshman Tala El Qadah. “I did it during my passing period, with a lot of time after to get to my class.”

Despite the accessibility of the photos, on the Broadway campus, there were long lines of students before school and during lunch waiting for their turn. Regardless of the wait, the downtime proved to bridge the gap between students.

“It was a nice time waiting in line,” junior Audrey Pinard said. “Although it was long, it was nice to meet some of the new underclassmen.”

The photos will be utilized in school ID’s and yearbooks, while senior photos will be taken later in December. In addition to the student body being photographed, the faculty also dressed up for pictures.

“I really appreciated the fact that it didn’t matter which campus you were on, that you were able to have your picture taken on Broadway or on Octavia,” history teacher Michael Stafford said. “Teachers or students didn’t have to hustle over from campus to campus just to take their picture.”

The organization and usage of dual campuses proved to be successful in picture day for both the students and the teachers.

“The way picture day was organized was efficient,” El Qadah said. “It allowed for a nice flow in my day.”