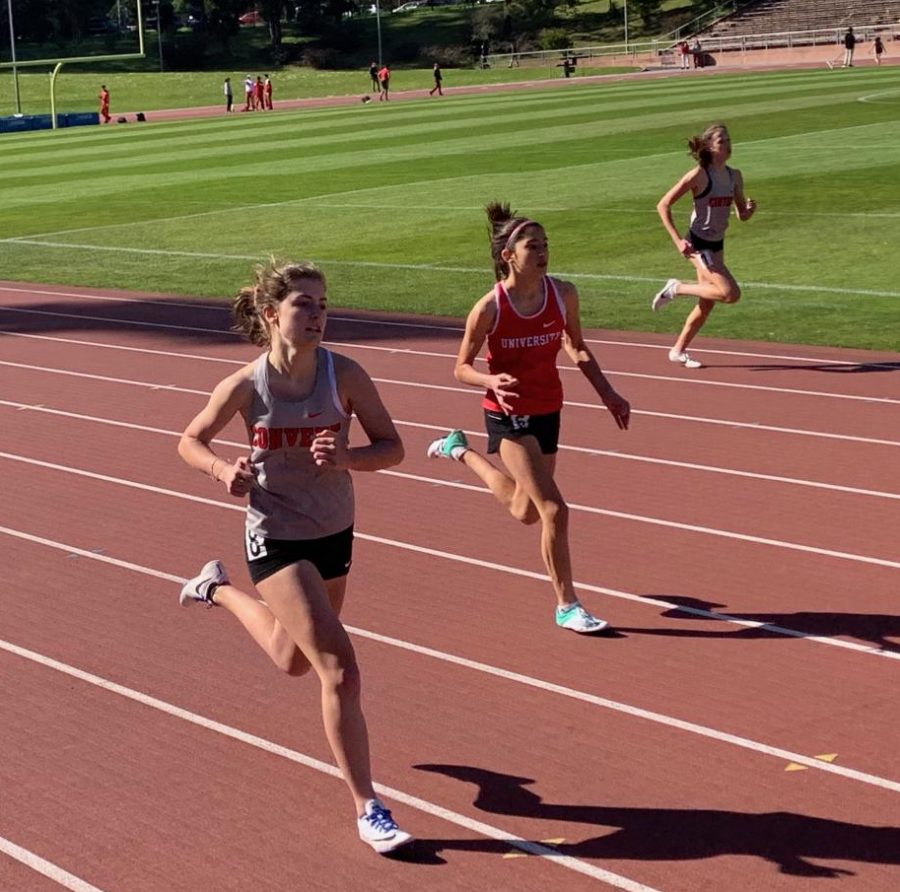 Junior Sofia Telfer and freshman Madeline Thiara run in the girls 400 meter race. Each runner competed in two to three events at the meet.

WEB EXCLUSIVE Track and field runners compete against other Bay Area schools at Kezar Stadium in the first league competition of the BCL West track meets.

Though it is only her first year, freshman Shana Ong says she has seen a lot of improvement in her times since the beginning of the season.

“I am a really competitive person,” Ong said. “I like seeing myself pass the other runners.”

BCL hosts three meets during the year for all runners and a championship meet at the end of the season for the runners who qualify.

“I decided to join track to get in shape but I also really like how great a team sport it is,” Sophomore Kate Baker said. “I have met so many amazing people.”

The field events start at 2 pm and the track meets start at 2:15 pm. Race distances span from 100 to 3200 meters. Athletes also compete in relays, hurdles, and field events.

“My favorite race is the 4×100 relay,” Sophomore Naia Urruty said. “I love working with my teammates and cheering them on.”

This is the third track meet for the entire Convent & Stuart Hall track and field team. The next meet is on March 20 at the College of Marin.

“Track is very community centered,” Baker said. “Everyone is always cheering each other on.”