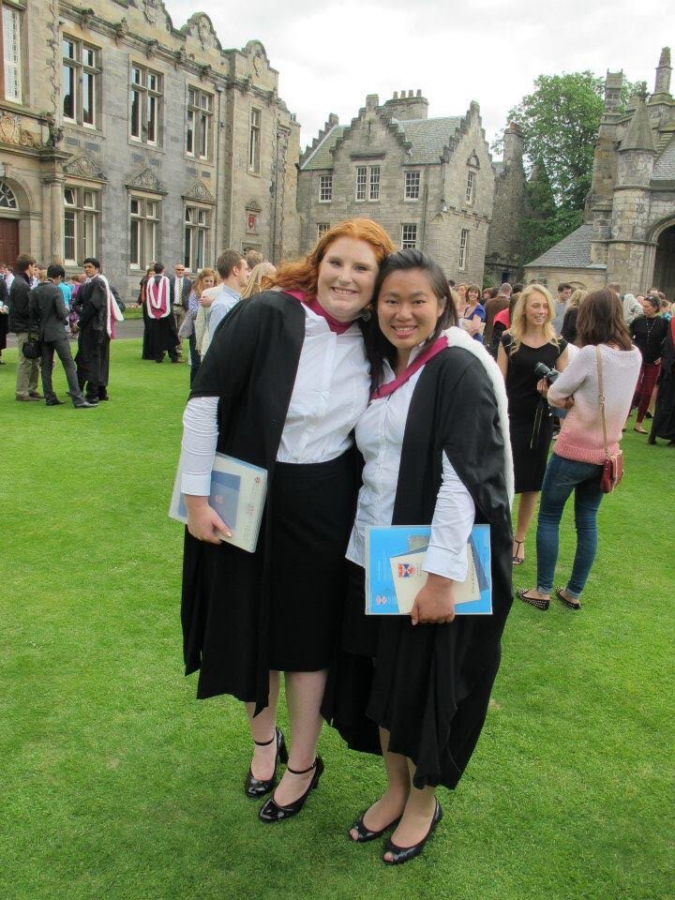 Attending college overseas can give students a focused education with independence, all for a fraction of the cost of schools in the United States.

“Finances of international schools is a huge draw for students,” College Counseling Director Rebecca Munda said. “The cost tends to be lower than most schools in the U.S. Many schools in Canada are the same cost as the University of California.”

Yearly college expenses in the United States range from $9,970 for in-state public schools, to $34,740 for private colleges, according to the College Board. These costs are up to six times the cost of Canadian colleges which average at $5,149 and three times the cost of yearly fees in the U.K., which are capped at the equivalent of $10,574.

While international universities may be better for bank accounts, they are not fit for every student, according to Jocelyn Friday (’09) who completed her higher education in Scotland and is currently working on a PhD there.

“You need to be relatively certain on what your major is going to be,” Friday said. “This can be a con for people wanting to try out new subjects because you need demonstrable experience in that field, but also a pro because you only study one subject, leading to a depth of knowledge you don’t get in the U.S.”

“One of the draws is that you go straight into what you are majoring in,” Cohen said. “My scores are dependent on the amount of points I score in IB, so I won’t find out where I’m going until I get my IB scores back in July. The schools really care about exams, and there is a lot less emphasis on your extracurriculars.”

International universities often offer conditional acceptances instead of accepting, declining or waitlisting students. Universities may require International Baccalaureate and Advanced Placement students to submit exam scores, which are not available until July, in order to get a spot at the university.