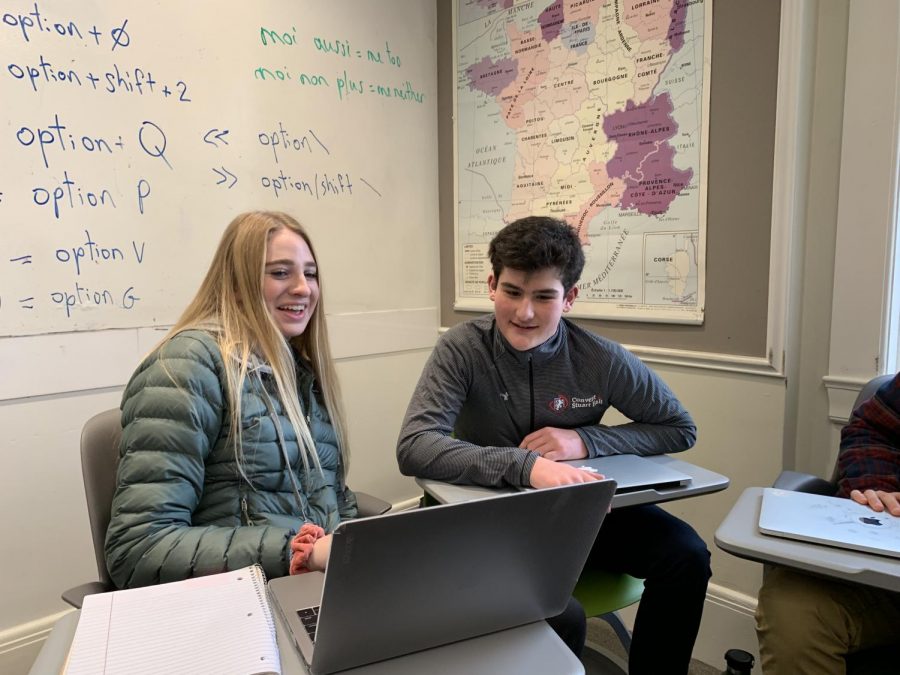 French exchange student Jules His helps freshman Maddie Drda on her French assignment. His is visiting Convent & Stuart Hall for the next two weeks.

WEB EXCLUSIVE French exchange student Jules His who attends Institution de la Perverie in Nantes, France, is visiting Convent & Stuart Hall over the next two weeks. Sophomore Vincent Behnke who is hosting His traveled to France in Nov.

“Exchange programs are a great way for students to make significant progress in their second language,” French teacher Pascal Parra said. “Nothing beats being immersed in the target culture and having first-hand experience of the language as it is spoken there.”

The school that His attends is part of the Sacred Heart Network along with 10 others in France.  His says that this allows him to relate to some of the traditions at Convent & Stuart Hall.

“On my exchange, I have discovered many similarities and differences between our cultures,” His said. “I have also learned many English expressions and about the education in America, which is very different from France.”

“Exchange programs act as bridges between countries and societies,” Parra said. “We need more of them and I encourage every student to consider it at some point in their school career.”