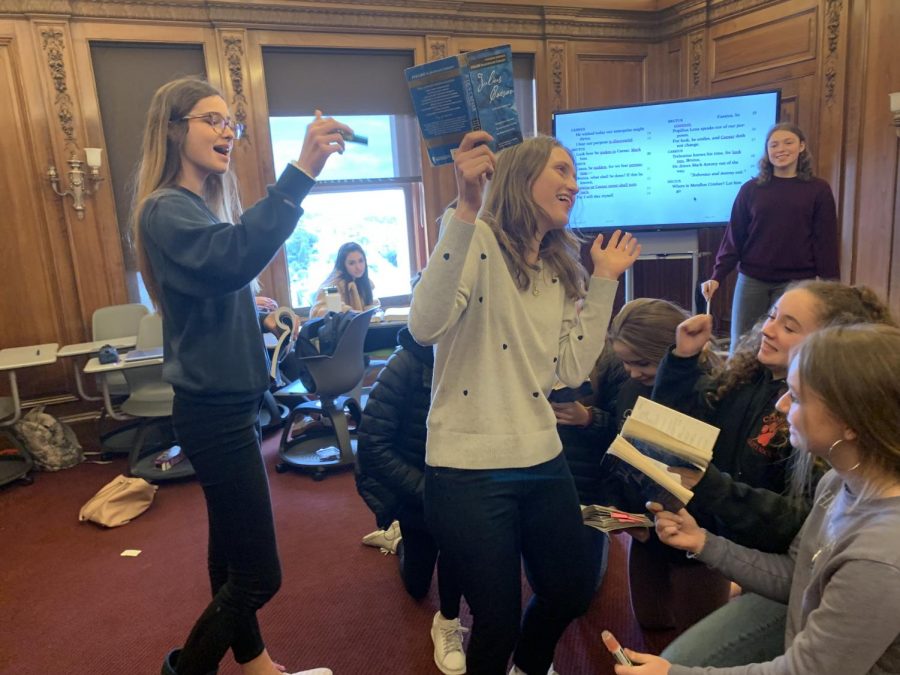 Freshman Livi Webb-Purkis, in the role of Casca, stabs Caesar acted by Alina Kushner in the scene’s finale. The project provided the class time to practice their acting and directing skills.

“Acting allows for a deeper interpretation of the characters and their motivations,” English teacher Mark Botti said.

The class first discussed the writing, then split into roles of characters, directors, and stage managers to act out the scenes.

“Acting the play out, really brought the words to life,” Freshman Cristina Jackson said. “They made us able to visualize the play instead of just reading it.”

Students rehearsed for part of the class and then videod the final performance incorporating music into their productions. Acting out the scene helped put the students in the character’s position so they could understand their feelings and motivations according to freshman Olivia Williams.

“I could fully understand the plot of the book much better than before,” Williams said. “I was able to put myself in the different characters’ shoes and see how they felt.”

The acting exercise was in addition to many other activities to help students better understand Shakespeare’s writing. Students are currently participating in a contest through the end of the unit where they find modern connections to Shakespeare in their own lives.

“The entire process brings the play to life, gets people involved and out of their desks,” Botti said.