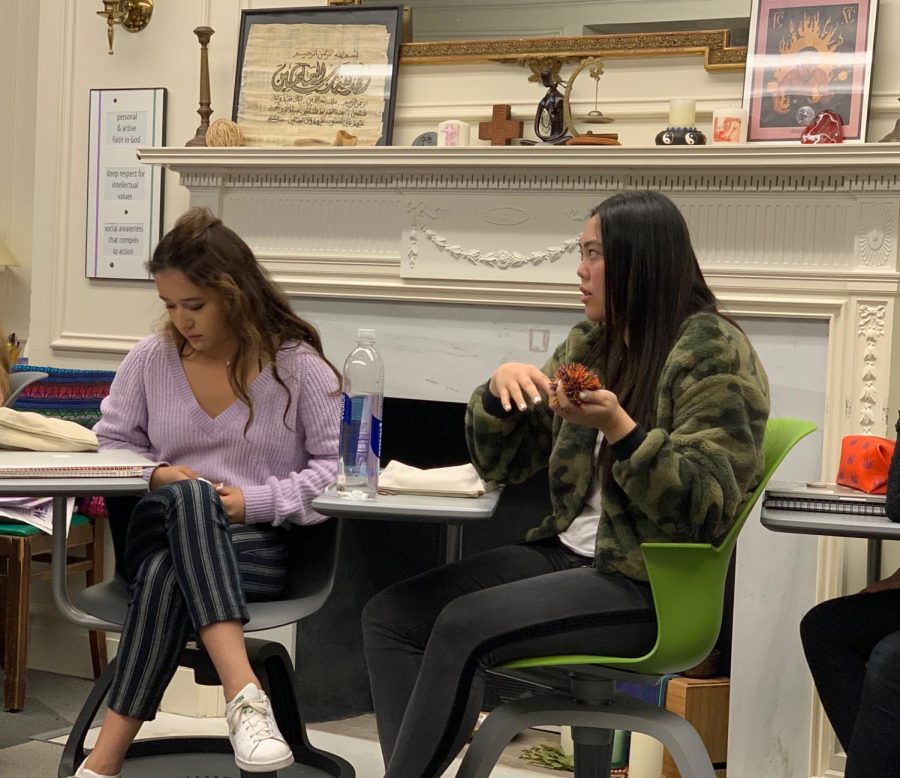 Freshmen Jennifer Surjadi reflects on what she found most interesting about Confucianism and Taoism in class today. The period often ends with reflection in order for students to show off what they learned during the class.

WEB EXCLUSIVE Freshmen began a unit on Confucianism and Taoism this week in their World Religions class. They have also been studying Buddhism, Sikhism and Hinduism this semester.

“I think that in a world that is diverse and where people’s religions are huge parts of their identity, knowing about different world religions is a vital part about being an informed global citizen, ” religion teacher Kate McMichael said.

The class reads religious texts and reflects about them in “travel journals”. At the end of the unit, the class will create presentations summarizing what they have learned according to McMichael.

“I think it is important to branch out and see other religions in order to know other perspectives, cultures and lifestyles,” freshman Shana Ong said. “Knowing about these things will help us be able to better respect them.”

In addition to journal reflections, the class listened to McMichael present about each religion and did physical activities such as Yoga and QiGong to better understand and experience the different cultures.

“The way we actually come to understand other people is to have small moments of walking in their shoes,” McMichael said.

Caption: Freshmen Jennifer Surjadi shares a reflection with the class on Confucianism and Taoism. The class often ends with reflection in order for students to show off what they learned during the class period.