All politics are local 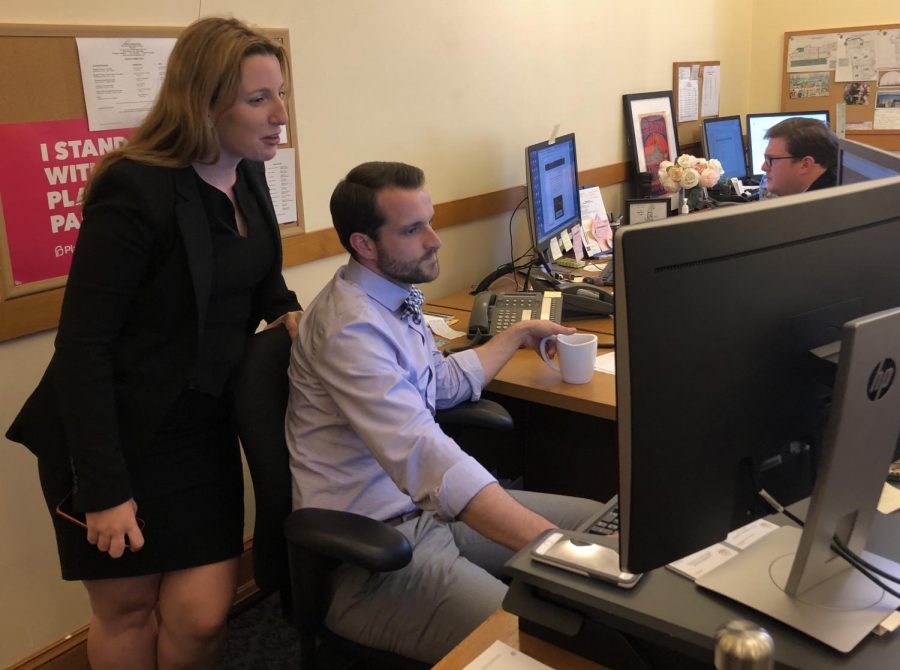 When Ellie Miller Hall, ’07 left Convent High School 11 years ago for college on the East Coast, she had no idea she would one day return to her hometown of San Francisco to help build the future of the City.

“I’m a sixth-generation San Franciscan from a family that’s deeply rooted in public service,” Miller Hall said. “When I was growing up, public service was always in the back of my head.”

Freshman Grade Chair Sarah Garlinghouse, who is a family friend of Miller Hall, has connections in the political realm who see her as a “rising star.”

“My friend who is a lobbyist was the one who wanted Ellie to come back and run Supervisor Stefani’s campaign,” Garlinghouse said. “She’s known as a firecracker and someone who is going to do really well in politics.”

Miller Hall, who acts as a liaison between the supervisor’s office and all neighborhood and community groups in District 2, says that Sacred Heart Goal Three first motivated her to pursue politics.

“I grew up Catholic, and now in my life, I follow Sacred Heart values,” Miller Hall said. “They remind me to be a good person, tell the truth and help others. I really believe that my path and career in public service is because of Convent and how I was pushed to do whatever I wanted.”

“Mr. Stafford taught a class that focused on the governments of five different countries over the semester, and I said ‘Whoa, I really wanna do this,’” Miller Hall said. “He’s definitely a part of my story.”

Stafford says he remembers Miller Hall as an outgoing and smart leader.

“Ellie was very involved in the Convent & Stuart Hall community and very rooted in the goals of our community,” Stafford said. “She had this way about her that said ‘the goals of this school are something that I really believe in and here’s how I’m living them out,” and people were inspired by that and followed her because she’s that good of a leader.”

After high school, Miller Hall attended College of the Holy Cross in Boston and majored in urban policies. During her Senior Year in 2010, she worked on Gov. Deval Patrick’s reelection campaign, which she says helped her eventually get a job on his staff.

Miller Hall says she plans to continue to work in politics and public service.