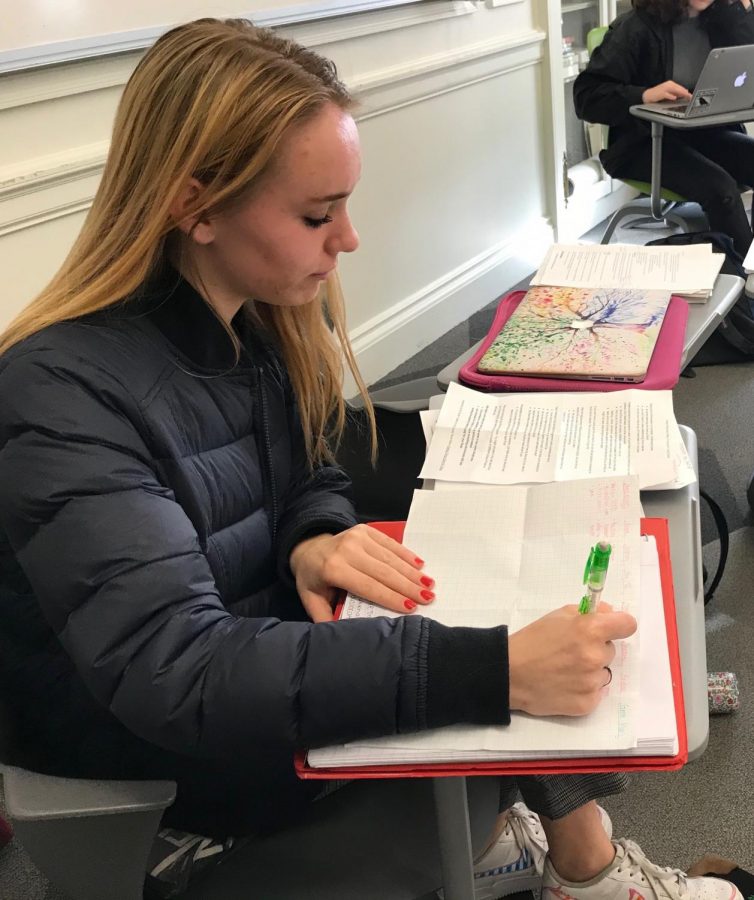 Sophomore Tabitha Parent brainstorms her study plan for finals week after watching a video on study tips. The video suggested students make a chart with each course and the topics needed for review.

“In my PAWS group, we watched a video on how to be productive while studying for finals,” sophomore Gigi Moulia said. “We made lists of things we need to do so that we can be ready for finals and so that we are on  track.”

PAWS leaders presented students with an organizational sheet and video produced by Executive Functioning Coach Eli Kramer with tips on how to brainstorm and effectively manage time before upcoming exams.

“After watching the video, I am definitely going to delegate more time to the harder classes I take,” sophomore Tabitha Parent said.

Physics teacher Riaz Abdulla, who advises a group of sophomores, says he encourages his students to start by going over syllabi in order to find subject areas needing the most review.

“There is no making up time,” Abdulla said. “We are only given an allotted amount of it, so we need to all stay mindful of the time that we do have in order to get work done.”

Finals will be held the week of Dec. 17, prior to Christmas vacation. A special schedule is in place for finals week to maximize study time while maintaining a balanced routine.

“Today’s advisory was super helpful because I hadn’t really thought that far ahead about finals week,” Moulia said. “This made me realize I should start farther in advance.”