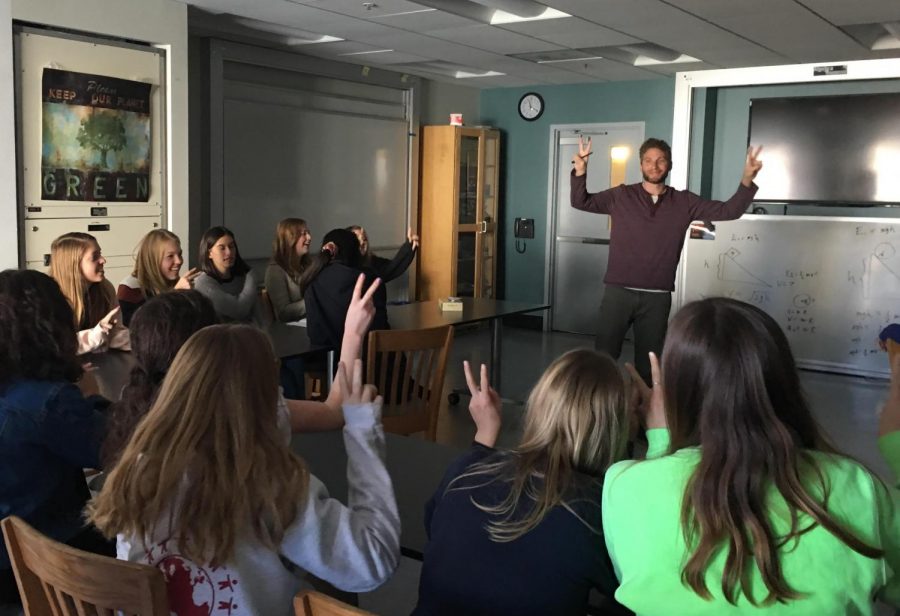 Noёl is a French word meaning Christmas and specifically focuses on the carols aspect of the holiday. The word noёl is used in the Convent & Stuart Hall community to represent the act of the K-12 community coming together to perform songs during the Christmas season.

“Having the different songs from the languages offered at our school represents different cultures from around the world,” junior Jacqui Carlson said. “This connects us to the global network of the Schools of the Sacred Heart.”

The songs, which are sung in Mandarin, Spanish, French or Latin, are about Christmas and holiday themes. This year, the Spanish department is singing ¡Tun, Tun! ¿Quién Es?, a song about carolers going to somebody’s door.

“The song is about carolers knocking on somebody’s door and the person inside wondering if they come in peace or are coming to annoy him,” Spanish teacher Anthony Reyes said. “The sound ‘tun, tun,’ is supposed to represent the sound of the carolers knocking on the door.”

Noёls is a tradition that is unique to the Sacred Heart community of San Francisco and has been celebrated for over 130 years. Having a tradition for so long connects current students to Sacred Heart alumni, according to Carlson.

“My mom went to Convent and we share a love of Noёls,” Carlson said, “The school does live streams of them so she can watch it and be connected to a part of her school experience again and see me celebrate what she celebrated.”