Juniors discuss race and its impact within community 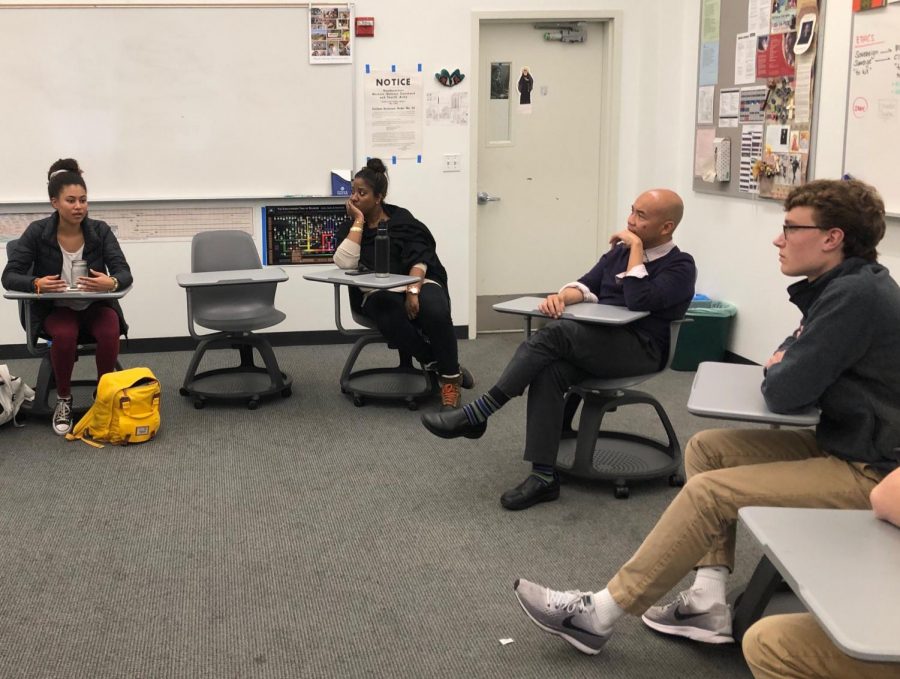 The discussion, open to all juniors in Campos’ ethics class, focused on an assembly put on by the People of Color Student Union earlier this semester which sparked conversation about race in the community, according to POCSU member Ryann Minnis.

“The POCSU assembly raised some uneasy feelings amongst some non-POCSU kids which came out in a hurtful and damaging way,” Minnis said. “It made me feel sad and scared, but also hopeful because I knew it was only the beginning.”

Prior to the Collab meeting, Campos had his junior ethics class reflect on the assembly because he wanted to create a safe space for the students to unpack the issue.

Students attending the meeting began by introducing themselves and asking a question brought up from the assembly. Such questions included topics of affirmative action, white privilege, slavery and the effects of the assembly within the school.

“We talked a lot about the implications of white privileges as well as historical events that have impacted the way different cultures are viewed in America,” junior Colette Hom said. “Sometimes there would be disagreements but I tried my hardest to be respectful because these discussions are about different perspectives coming together to understand each other better and to build a sense of empathy.”

Connecting to this school years theme of Robust Vulnerability, students were encouraged to share their views and challenge the views of others.

“The people here today that chose to speak were coming from a place of strength, and because they were coming from a place of strength they were able to be vulnerable,” Campos said. “It is very vulnerable to ask questions like ‘Why does white privilege make me feel guilty?’ and we cannot really understand what Robust Vulnerability is until we have an experience like this.”

Another session will be held during a Collab in the next couple of weeks.