‘On Wednesdays we wear pink’ 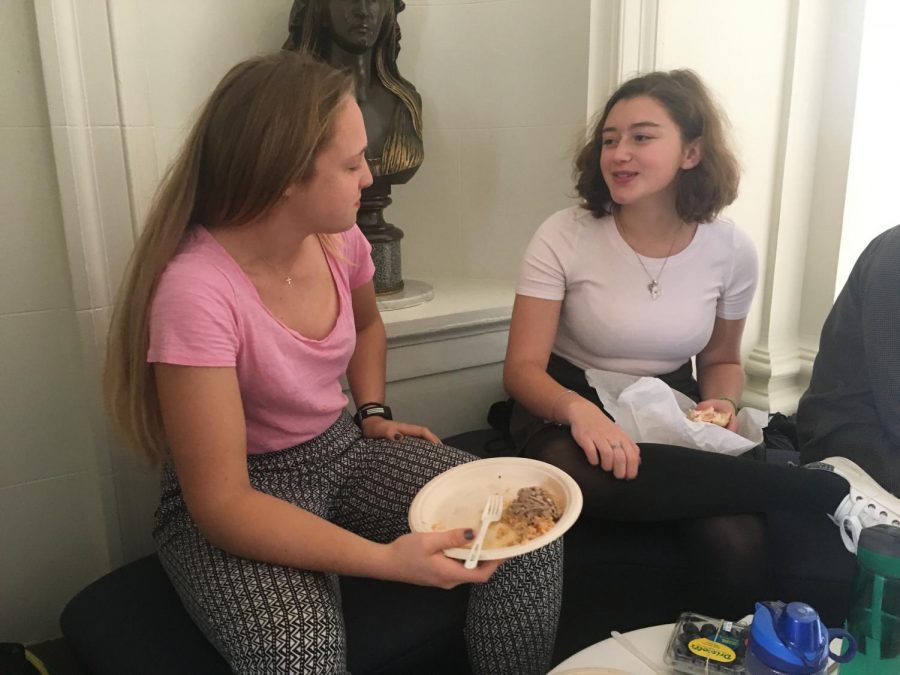 Seniors Delaney Tobin and Camilla Sigmund eat lunch in the main hall while dressed in pink clothing to celebrate 'Mean Girls' day. The day is celebrated in honor of the 2004 hit film and is recognized by fans across the globe.

“Today is especially significant because in the movie there is a reference to Oct. 3,” junior Dena Silver said. “There is also another line in the movie saying ‘on Wednesdays we wear pink,’ and today is special because it is Oct. 3 and a Wednesday.”

“I really like the movie and I have also listened to the soundtrack for the musical,” Tobin said. “I wore pink to support one of my favorite forms of entertainment in both the movie and musical form.”

For many teenagers, “Mean Girls” focuses on themes relatable to their experiences as high schoolers according to Silver.

“[‘Mean Girls’] is a movie that almost every teenage girl has seen at some point,” Silver said. “It is just the epitome of a classic teen movie and it has all of those classic stereotypes like the new girl and the different social cliques.”

The film has a large fan base that connects many teenagers across the globe — even 14 years after the release of the film, according to senior Camilla Sigmund.

“My favorite thing about the movie is that anyone can quote it anytime, and almost everyone immediately knows what they are talking about,” Sigmund said. “So today we are choosing to celebrate that iconic cinematic art.”