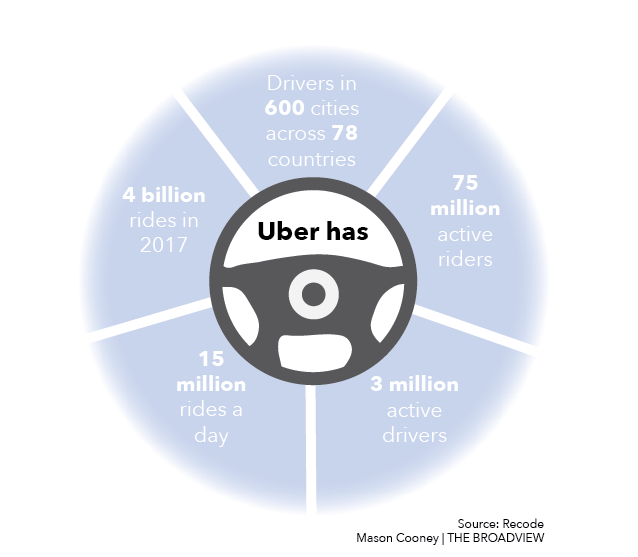 While most 20-somethings in San Francisco find themselves in the back of an Uber from time to time, Emma Fahy (’09) has spent the last 19 months as one of the driving forces behind the company’s marketing team.

“My main role is aligning stakeholders across Uber on marketing roadmaps,” Fahy, who is a program manager, said. “I ensure that the work meets stakeholders’ expectations, hits deadlines, and is on brand. I primarily focus on the driver audience in the United States and Canada.”

Fahy says she knew she wanted to work in the marketing field since her time at Convent when she was president of Simple Gifts, a student-run club that raises funds for women’s charities around the city through its annual fashion show.

Fahy says High school extracurriculars provided her with a great sense of leadership and organizational skills, which have proven useful in her line of work.

“I knew I loved working in teams, and I had the confidence that I could market and successfully execute a fashion show,” Fahy said. “I went into college knowing that I wanted a marketing degree and have been lucky that I’ve enjoyed it just as much as the work I did back in high school.”

Fahy, who graduated from Gonzaga University in Spokane, Washington in 2013, has always been driven and dedicated, according to theology teacher Kathryn McMichael who taught Fahy her sophomore year.

“She was in a very tiny class of students who were very busy and we met at 7:30 in the morning,” Mcmichael said. “We called it ‘Z Period’ for Zero Hour.”

“I definitely see Emma in a leadership position,” McMichael said. “Being creative, being able to juggle a lot of things at one time — she has those skills. I think that Convent might have drawn them out of her, but I have a feeling they were probably already there.”

Fahy often works with different divisions of Uber, including product and operations.

“I like a lot of things about Uber—I love that I work on a team,” Fahy said. “The work has a direct impact on people’s lives and [we] work on projects that are cross-functional in nature, so it involves lots of different teams across the company.”

Fahy says working in tech has demanded an abundance of self-confidence.

“You have to go into every meeting or write every email with confidence in yourself, your ideas and your abilities,” Fahy said. “Recently I worked on the launch of the new driver app, which was eight months of work. We created over 54 marketing assets in 44 languages that launched globally.”

While confidence is important to Fahy, she says she has always felt that supported by her female peers at Uber.

“I’ve had a really great experience in the tech world,” Fahy said. “I’ve only ever had female bosses who have been incredibly supportive of me. Marketing at Uber has always been led by women as well which has been awesome to be a part of.”