Volunteers gather in the Bayview for cleanup

Over 100 volunteers in grades K-12 participate in coastal cleanup 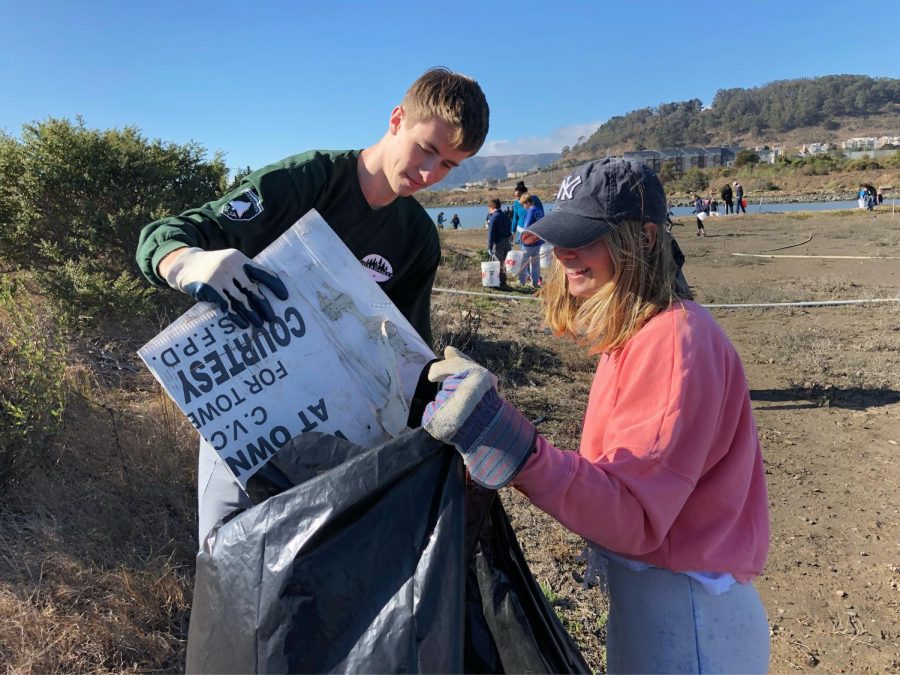 Seniors Rachel Cramer and Nick Harle pick up trash from the beach at the annual California Costal Cleanup. This year's cleanup fell on the Sacred Heart annual Global Service Day.

“It happened just by coincidence that the Global Service Day fell on the day of the California Coastal Cleanup,” Service Learning Director Ray O’Connor said. “Since we have been doing the coastal cleanup now for so many years, we just decided to combine the two.”

Convent & Stuart Hall is one of the 24 Sacred Heart schools in the United States and Canada that carry on this tradition of Global Service Day.

“The cleanup was a great opportunity to bond with other grades, but also do good for our community,” Stuart Hall junior Henk Veld said.

Student and teacher volunteers cleaned the shoreline, picking up a wide range of trash including small bits of plastic and used heroin needles and putting them in large garbage bins spread out across the site.

“California brings in about 40,000 volunteers on that day to clean up the waterways and the shores of the state,” O’Connor said.

During California’s Coastal Cleanup Day in 2017, 800,000 pounds of trash and recyclables were removed from California’s coastline in just three hours, according to Heal The Bay Newsletter.

“I had an eye-opening experience,” freshman Alina Kushner said. “I really got to see how much trash we have on our beaches and what a real problem it is.”