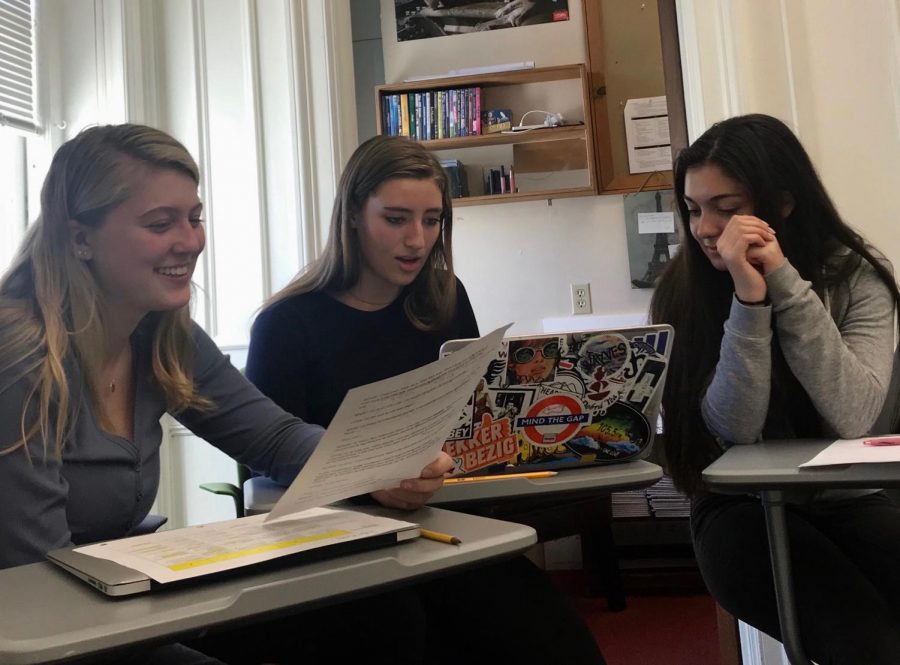 Students in a combined Advanced Placement and International Baccalaureate higher-level French class worked together in two teams to write an alternate ending to the play, Art by Yasmina Reza, which they have been reading in class.

“I think that creative group projects like this help me learn better,” senior Caroline Phillips said. “Especially in a language class, interacting with people is so important to learn how to speak spontaneously.”

The 45-minute writing assignment was specifically designed to help prepare students for the AP exam they all plan to take in May, according to senior Laura Bourne.

“The AP test is full of timed sections and we will also be writing an essay during the test so I think it is smart to practice those skills earlier on in the year to get familiar with them,” Bourne said.

The project also allowed students to focus on group work which is an effective tool in the classroom, according to Heather Wells, Department Chair of Modern and Classical Languages.

“When students co-create, they learn from and with each other,” Wells said. “They explain concepts to each other, and by doing so, grapple more deeply with the knowledge.”

At the end of the class, both teams received edits on their scripts, which they will perform next class.