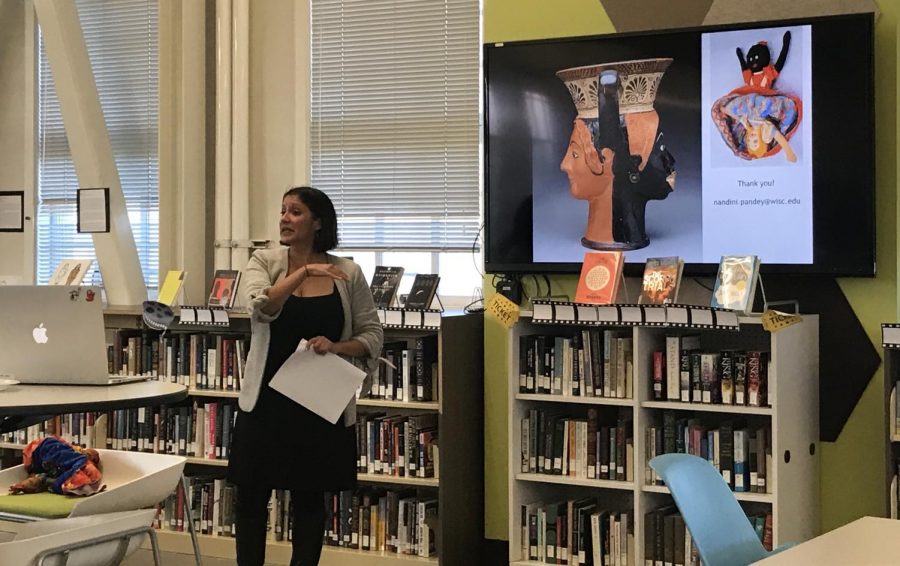 “I want to complement the wonderful art projects that the students have done while also give context on race in antiquity and also race and diversity in today’s America,” Pandey, who is a Classics Professor at University of Wisconsin at Madison said. “I think looking back at the ancient past — the authors, artists and sculptors — can help flip our perspectives on current problems in a creative way.”

Pandey also discussed the common misconception that modern-day racism is founded in the ancient world by analyzing ancient texts and artworks, according to Honors Latin III student Lauren Tulley.

“The new perspective that Professor Pandey addressed is that these societal constructs of racism did not always exist, and were actually not especially prominent in the ancient world,” Tulley said. “Romans and Greeks judged people based on geographical location and ability to be helpful in advancing trade, rather than biological race itself.”

Pandey interacted with the audience and encouraged students to both ask and answer questions because she says it is helpful for her teaching to hear student perspectives.

“I consider her one of the best Latin scholars in the world,” Latin teacher David Jacobson said. “I also want our students to see what college professors do, the way they talk about subjects and the connections that they make to partly inspire and partly to prepare them for when they go to college.”

Pandey ended the presentation by saying that our society has the potential to move away from racist ideologies, according to Tulley.

“The most moving part of her speech was when she talked about how the idea of racism driven by skin color was created by our society, and therefore it is possible for us to move away from the notion of prejudice due to skin color,” Tulley said.