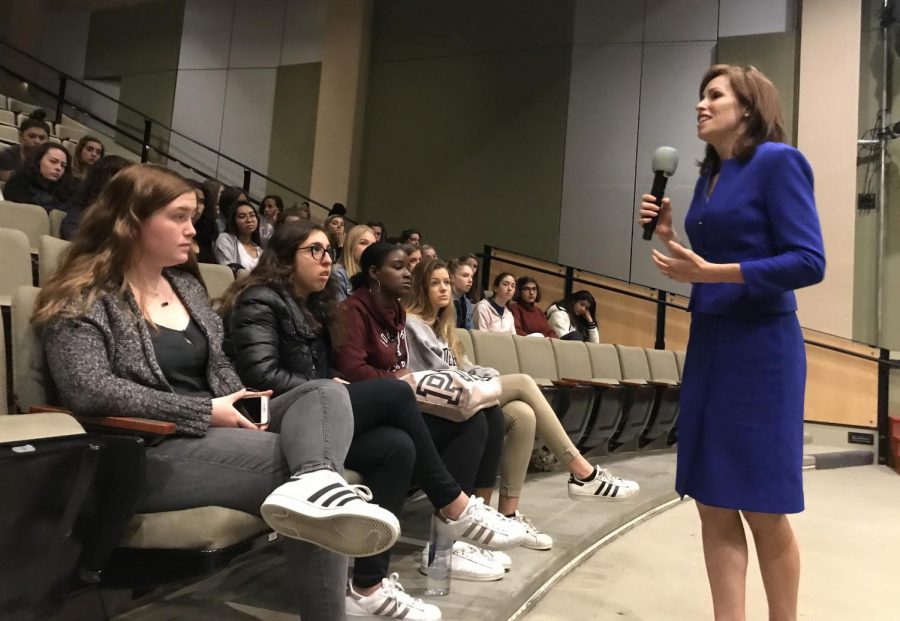 Anna Fletcher presents about female empowerment and her personal experiences as a women in politics. A new club at Convent, Empow(h)er addresses similar issues.

“I really liked how she talked about her three main campaign themes — courage, love and individuality — because it’s really important as a woman in a male-dominated field to stay true to oneself and also be an independent thinker,” sophomore Miley Sherman said. “She also talked about the balance between being perceived as too tough or too weak as a female and how it’s important to establish respect and authority in the workplace.”

For students who want to get involved in actively combatting female inequality, Pletcher recommends participating in youth movements, pre-registering to vote and constantly voicing their opinions.

“Young women are the future of our country and we are sorely misrepresented in the halls of power,” Pletcher said. “If young women can get inspired now, that will set them on the path for future success to change the game of who holds the reins of power in our country.”

“I believe that since we are an all-girls school it is important that students have a place they can feel comfortable and heard when discussing these injustices pertaining to young women and how we can combat them,” co-head and senior Jasper Conacher said. “There is not only an incredible importance of empowering young women, but also a duty of an institution like Convent, and society at large.”

Empow(h)er’s next meeting will be held on Tuesday in the Mother Williams Library during lunch. They plan on discussing gender stereotypes at formal dances, such as “how to be asked,” attire, expenses and the pressures of drugs and alcohol in preparation for Prom.

“In order to make our world more just and properly representative, girls and women alike must believe that they are capable of accomplishing whatever they put their minds to,” Conacher said. “We should never feel silenced, overlooked or inadequate in comparison to boys and men.”