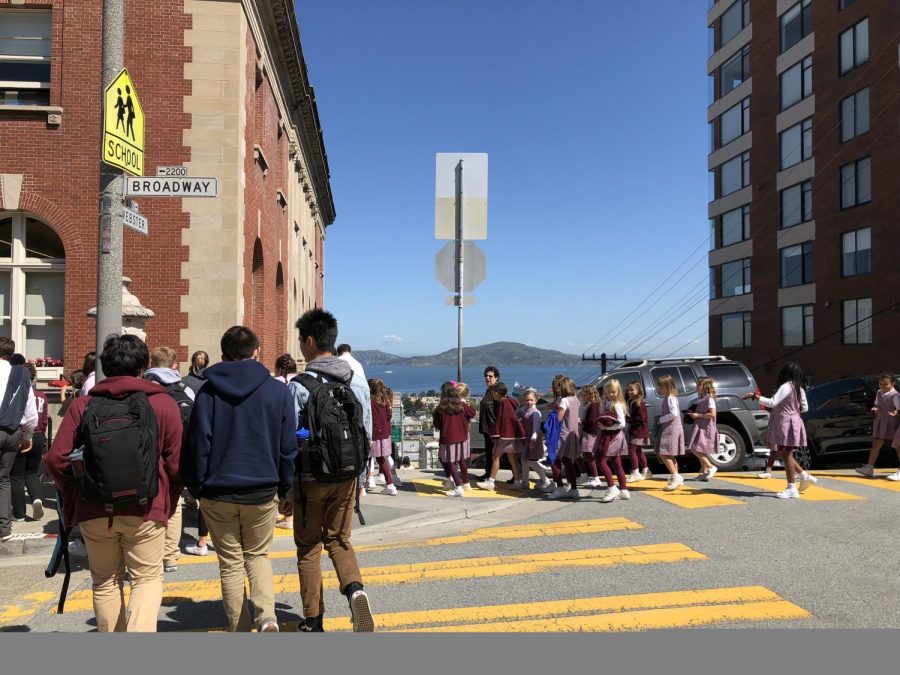 Students return to class after the false alarm. All four divisions on Broadway campus evacuated.

WEB EXCLUSIVE A school-wide fire alarm interrupted B Period classes this morning requiring students and faculty across all four divisions to evacuate the Broadway campus buildings.

“This was not a [scheduled] drill,” Facilities and Plant Operations Director Geoff De Santis said. “A pull station — the red boxes used in case of emergency — located at the exits throughout the school was activated and the alarm went off.”

Students remained outside for approximately 10 minutes while fire trucks arrived before returning to class just before the start of lunch.

“Initially I thought it was one of our monthly fire drills so I was confused when people started saying it was not,” junior Amelia Estes said. “I heard that somebody had pulled the alarm on accident.”

Students in grades K-12 evacuated all Broadway buildings as part of emergency safety procedures, according to De Santis.

“The way our campus is set up, everyone evacuates because we do not want the fire to spread through the connected buildings,” De Santis said. “We have designated spots throughout the neighborhood where different divisions go in case of an event.”