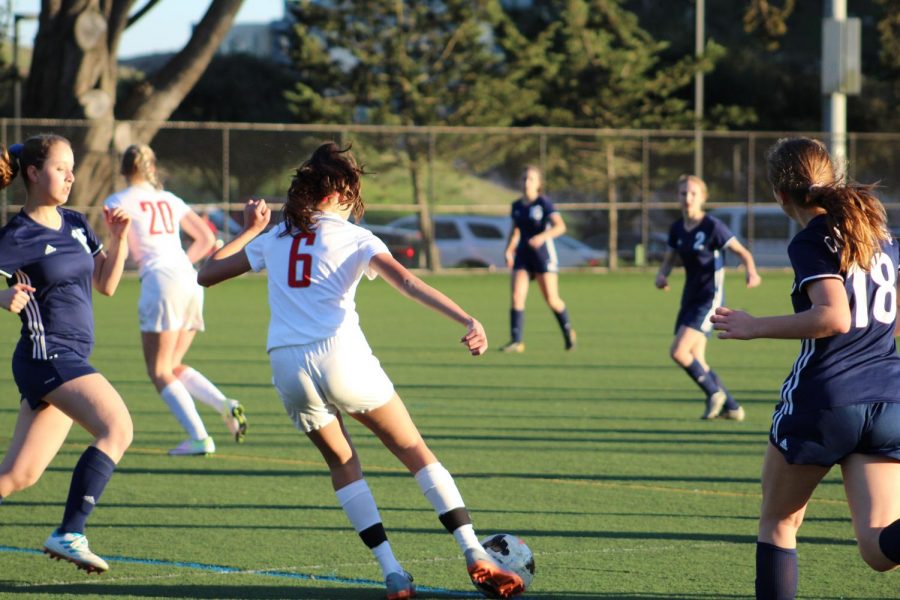 Sophomore Isabelle Thiara dribbles the ball through players from The College Preparatory School during a scrimmage on Feb. 13. The Cubs fell to the Cougars, losing their first scrimmage of the season.

After a loss against the Drew School today, the varsity soccer team will go into their fourth league game against the San Domenico School on Friday with a 1-2 league record.

“It’s a strong team physically — their soccer skills are strong,” Athletic Director Elena De Santis said. “They get along really well, the coaches are new and they are really excited for the season.”

Due to injury, the season began with a tough start, according to junior Maggie Walter.

“We lost one of our really good players [due to injury] which hurts our team,” Walter said. “Losing a teammate is teaching us new lessons because now we have to learn how to work together even better.”

Despite the setbacks, the team continues to have a positive dynamic, according to Walter.

“I have only played Convent soccer for three weeks now,” sophomore Isabelle Thiara said, “but I feel like it’s this big family. I love it.”