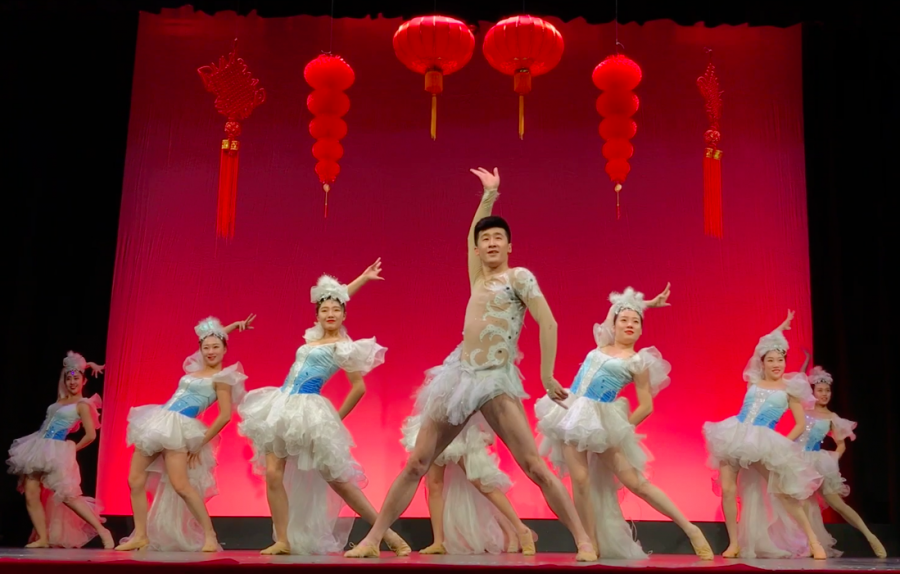 Chinese dancers perform in Syufy Theatre in honor of the Chinese New Year on Monday. The Heilongjiang Art Troupe of China performed for schools around the Bay Area, including Convent & Stuart Hall's upper and lower schools.

“We want [students] to know what real, high-quality Chinese performance is really like,” Waag said. “We have been doing this for several years. Every year we bring a group here from [a] different province in China.”

The group this year came from Heilongjiang, the northernmost province of China, and performed for several other schools in the Bay Area, according to Waag.

The 2018 Chinese New Year, the Year of the Dog, began on Feb. 16 and festivities will last until March 2. The animal signs follow a 12-year cycle, with next year’s being a year of the Pig, according to Chinese New Year 2018.

Mandarin teacher Hong Yao, who performs in San Francisco for a Southern Chinese group, says the Chinese New Year assembly is important for students to experience.

“I want students to learn more culture, [have an] open mind in the world and have shared experiences with Chinese culture,” Yao said.