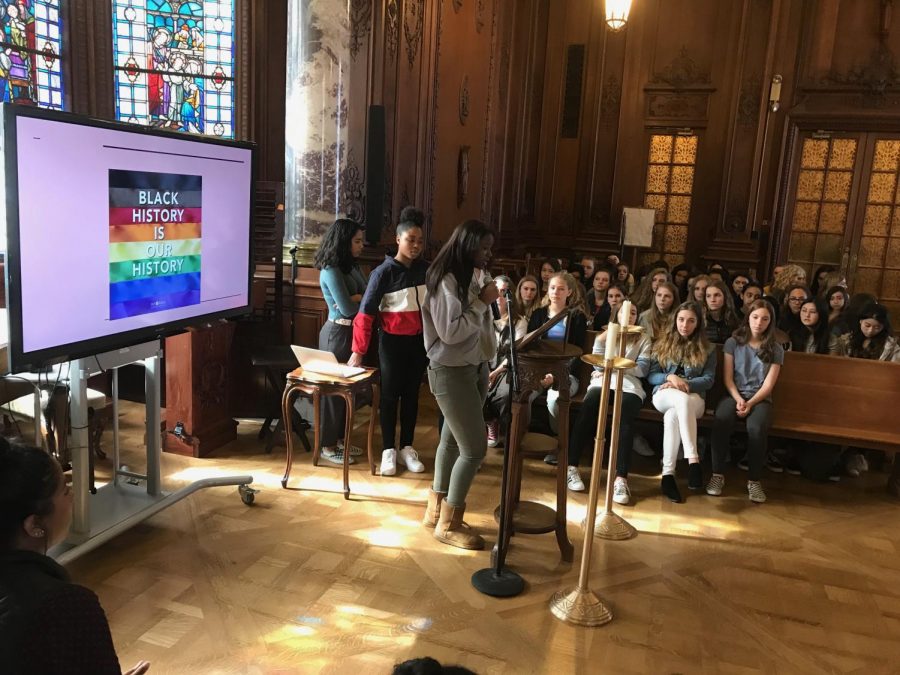 WEB EXCLUSIVE The weekly scheduled meeting time was used to hold an honorary assembly where the accomplishments and contributions of African Americans were discussed to celebrate Black History Month.

“In the chapel, we talked about empowering black women who changed the course of history,” senior Starr Hooper said, “For example, we talked about the first African American woman in Congress, space and more.”

The chapel was organized by  Hooper and sophomores Ryan Minnis, Malinalli Cervantes and  Jade Despanie along with Director of Admissions Allyson Maebert. The goal of the chapel was to raise awareness about Black History Month but more specifically bringing awareness to the school because it has been three years since the community reflected on the month, according to Maebert.

“The student leaders wanted to make Black History Month known and recognize that it is a very important month for young ladies of color,” Maebert said. “We wanted to highlight women because of everything in the news like the #MeToo movement, it is especially important to show what we have been able to do throughout history.”

“Being an all-girl school, we should learn to push to empower young women especially those of color to stand up for what they believe in,” senior Annabelle Leung said.

Next year students plan on hosting a similar Black History Month chapel but expanding even more on the topic, according to Maebert.

“It was important to me to have this chapel because it truly highlights the significance of this month and how black history is apart of American history as a whole,” Hooper said.