Soccer springs into the season 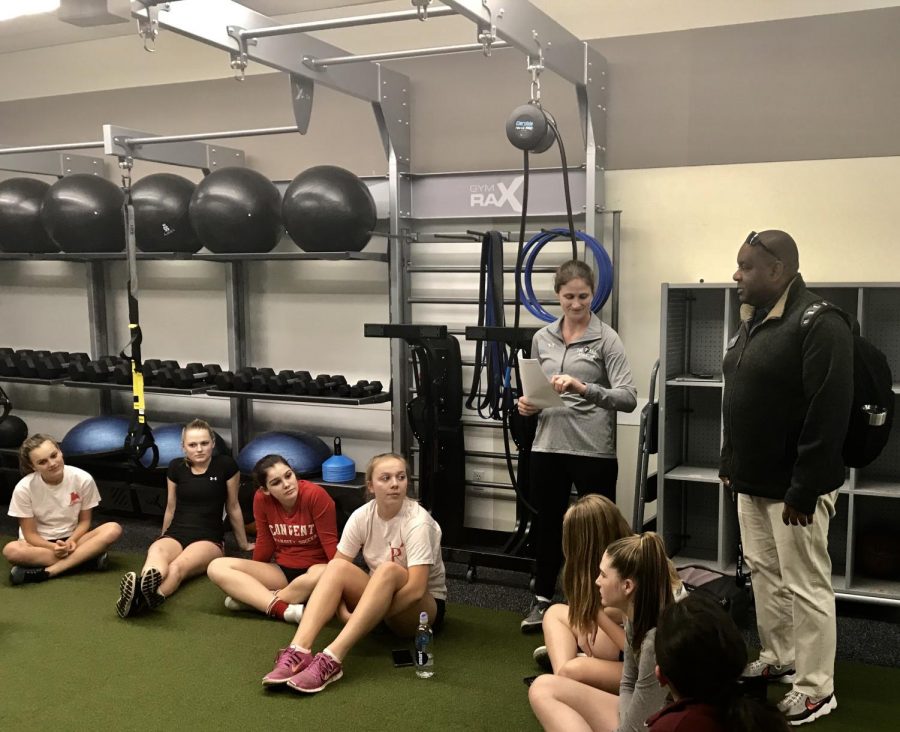 Director of Athletics Anthony Thomas stops by to welcome the girls to the start of the spring season. The first soccer practice will be on Feb. 5.

WEB EXCLUSIVE An informational soccer meeting followed by winter conditioning was held at the Herbert Center this afternoon for returning and new players to connect and begin preparations for the upcoming season.

Athletic director Elena De Santis and Director of Athletics Anthony Thomas are working to improve the soccer program for this season and years to come.

“We’re bringing on two great coaches and I’m very excited,” De Santis said. “I think they’ll get the excitement and the level of the soccer program up.”

Most planning on soccer has recently started preseason conditioning with, but other students such as sophomore Mira White are already physically prepared for the soccer season from winter sports.

“I’m looking forward to the transition because soccer is my main sport and I miss it,” White said. “Thanks to basketball I am in shape but I’m going from a sport that requires your hands to your feet.”

High schools such as San Domenico, Bay and International will be Convent’s league this year. A few reasons, including the addition of a club to lacrosse team, will cause the soccer season to be in winter where they will be competing against teams such as University High School and Marin Academy.

“I hope the team comes together, to move up in the league standings,” De Santis said. “I want the team to really find success on the field with their commitment and hard work.”