A voice for youth 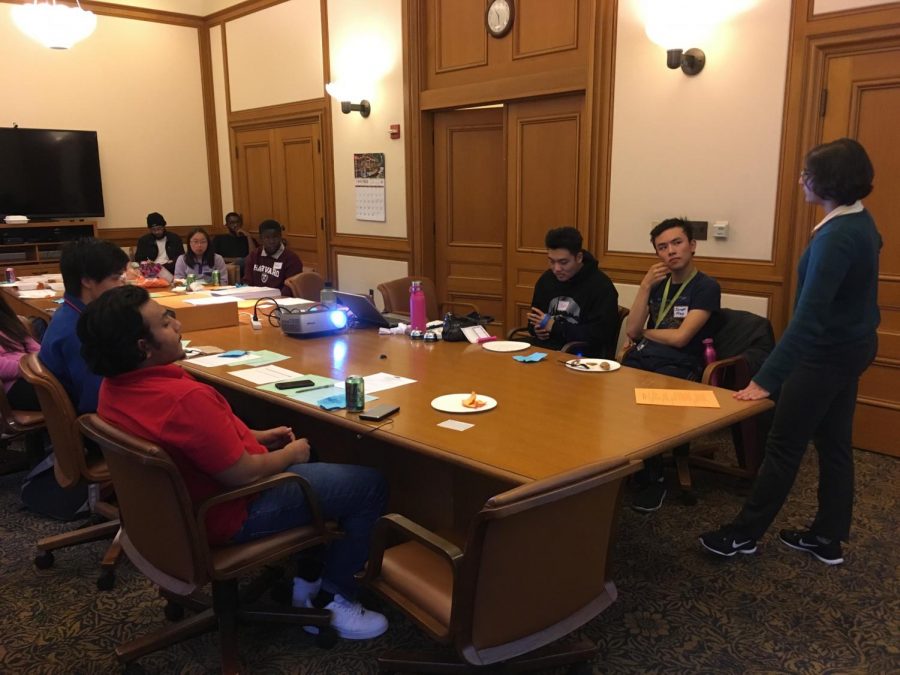 Arianna Nassiri presents to the San Francisco Youth Commission about voter pre-registration for those eligible to vote on election day. Nassiri was sworn into the Youth Commission this September with 17 other Bay Area youth, ages 12 to 23.

While weekly meetings at City Hall, evening conference calls, and completing community improvement projects seem like the tasks of a member of the Board of Supervisors, they are the duties of a sophomore on the San Francisco Youth Commission.

“I’ve always known I wanted to go into politics and this position allows me to see the people that I am eventually going to be working alongside and for,” District 5 Youth Commissioner Arianna Nassiri said. “I also know that if I say what is needed to be said I can make an impact on this city even as a 15-year-old, which is a pretty impressive thing.”

“We are in a dynamic global city and being exposed to civic volunteer work or sports outside of school can help students get a sense of what their interests might be or not be down the road.”

The San Francisco Youth Commission, comprised of 17 teens and young adults, ages 12 to 23, comment and give recommendations on ordinances and laws affecting youth and families in San Francisco’s 11 districts.

Nassiri previously interned at Board of Supervisors President London Breed’s office in seventh grade, mostly working with adults. According to Nassiri, working with youth is more comfortable and respect is easily attained.

“When you are working with one of your peers, there is a sense that each opinion is just as important,” Nassiri said. “That is really significant when you are trying to be taken seriously in a community of adults.”

Extracurriculars outside of school, like Nassiri’s involvement with local government, help students scope out their interests before college, according to College Counseling Director Rebecca Munda.

“We are in a dynamic global city and being exposed to civic volunteer work or sports outside of school can help students get a sense of what their interests might be or not be down the road,” Munda said.

Attending Youth Commission’s meetings and joining one of its committees serve as alternative ways for youth interested in government to get involved, according to Kiely Hosmon, Coordinator of Youth Development and Administration.

“Any of our meetings are open to the public, so if youth come into our meetings they can make a public comment,” Hosmon said. “The City Services Committee could then try to get traction with those that deal with that issue. Joining a committee is also a way they could get involved and reap the benefits of learning how city government works as well as be a part of meetings.”

Nassiri won last year’s Convent & Stuart Hall’s Launch Grant with a website prototype dedicated to educating new voters on registration and making smart decisions in voting. She says she plans to speak to the Convent community about pre-registration for voting.

“I hope to get a better understanding of how government works and the whole process behind creating projects and ideas,” Nassiri said about her goals. “I come from a very diverse family and a lot of us live in San Francisco. My goal is to give back my time and energy in order to better the community of San Francisco.”