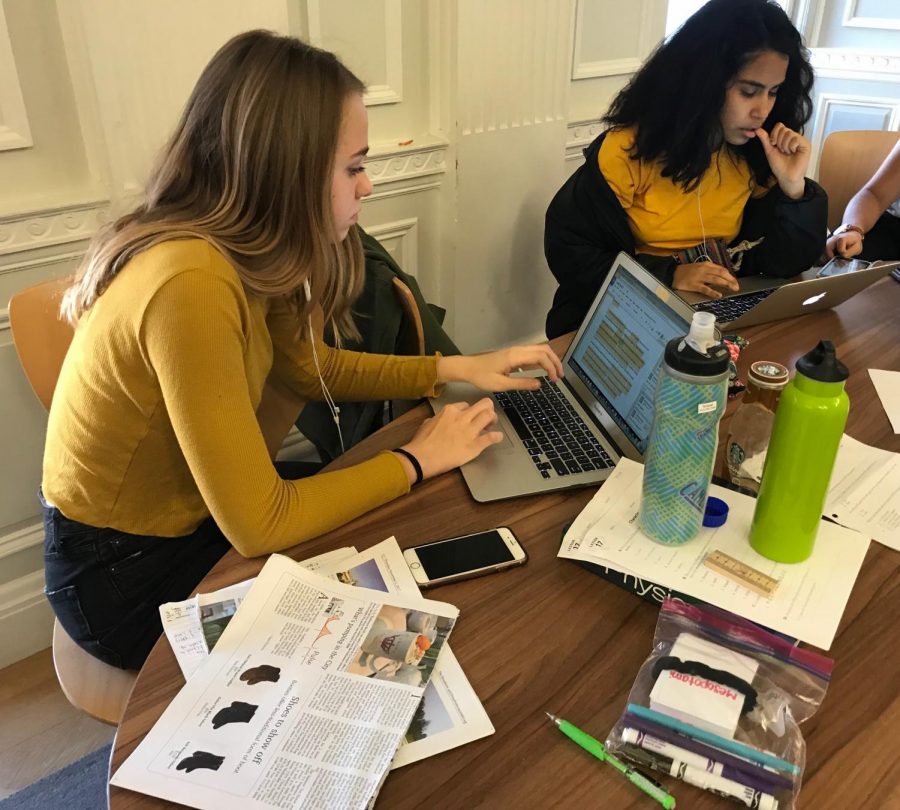 The finals schedule includes two, two-hour testing times per day which began this morning and will end Tuesday afternoon.

“I love the schedule we have for finals,” sophomore Alisha Kalra said. “It lets us sleep in, which is really important for our bodies and minds, and have time to eat and refuel for the afternoon finals.”

The late starting time and long lunches also give students time to meet with teachers for additional help, according to Kalra.

“It is my first time taking finals so I’m pretty stressed out and a bit nervous,” freshman Sadie Kahn said. “But this schedule makes it a lot easier and eases my stress since teachers are willing to meet with me.”

Lunch and free periods are used to study for upcoming finals as well, according to Kalra.

“Spanish is one of my harder classes so I have to study during lunch,” Kalra said. “Even though it is hard now, I know I will feel so relieved when break starts.”

Some students feel as though the preparation for finals is more difficult than taking the exam itself, according to junior Samantha Stovell.

“I feel that the anticipation for finals week and the studying is way more stressful than actually taking the finals,” Stovell said. “I am definitely still stressed, but I know that my studying is going to pay off and that we are all going to get through it.”

School begins at 8:00 a.m. tomorrow, unlike the usual 9 a.m. start for finals, to celebrate the four school divisions’ singing tradition of Noëls. Friday’s exams will begin with A period at 10:15 and B period after lunch.