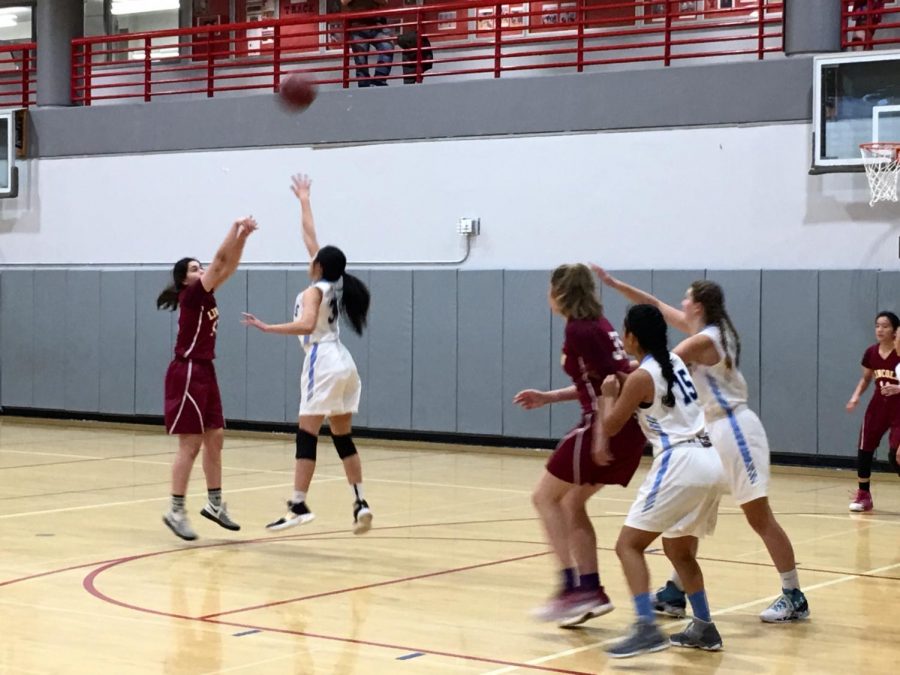 Lincoln shoots on Bay during the first of the 11 games of the Classic. Convent's first game will be against the winner of this game at 5:30 p.m. on Friday.

WEB EXCLUSIVE The varsity basketball team will play in the Hoops vs. Cancer Classic this Friday in the Herbert Center. Before this year, the annual tournament took place at Branson.

Head of Athletics Anthony Thomas was inspired to found the Classic while at Branson when a community member lost her life to cancer and has brought it with him to his first year with Convent and Stuart Hall.

“I was inspired to start the Hoops vs. Cancer Classic when a basketball player’s mom passed,” Thomas said. “We were all touched by it in some shape or form so I wanted to do something in honor of her, while also educating our community on it. I’m excited about bringing it here.”

The team has been preparing for this tournament and learning how to work well together with a focus on bonding, according to sophomore Sofia Telfer.

“We’ve been practicing and going over our plays to prepare for this tournament,” Telfer said. “As of this week, we have begun to do more conditioning in the new workout room at Convent.”

The money raised at the three-day tournament and the preceding fundraising weeks will go to the Kay Yow Foundation, which directly benefits cancer research funds. Kay Yow was a basketball coach at North Carolina State University who passed away from Breast Cancer.

“Everyone is getting involved athletically to try and fight this disease,” Thomas said. “The Kay Yow foundation and what they do is amazing.”

Convent has participated in the Classic since the founding year and holds the position of defending champions.