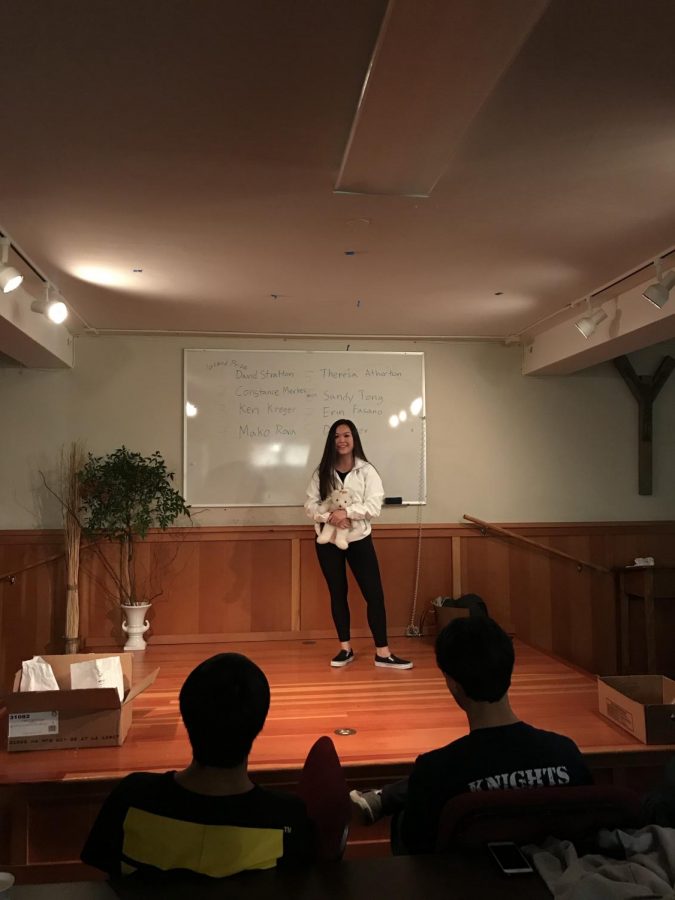 “The retreat was a nice break from school and was a good way to start Thanksgiving break,” said senior Caroline O’Connell.

The entire high school started with an assembly at Convent and a scavenger hunt between campuses.

All grades were separated into advisory groups and given a list of tasks they had to complete and prove them completed with pictures including a” flat Philippine Duchesne.”

“I think the assembly was a fun way to get everyone involved in an activity that celebrated Philippine and the start of Thanksgiving break,” senior Annabelle Leung said.

Seniors were then taken to AMC Van Ness 14 to see the movie “Wonder” starring Julia Roberts. The movie is about a young boy with facial differences entering middle school for the first time.

“I absolutely loved the movie,” Leung said. “I think there were several lessons and many scenarios that people can relate to.  It was an eye-opener to be kind to everyone, no matter one’s differences.”

Seniors ended the day at Stuart Hall for burritos and a bonding exercise, where they shared mementos or keepsakes from their youth.

“I️ brought my blanket,” O’Connell said.” “I️ also really liked getting to know my classmates on a deeper level through their items.”