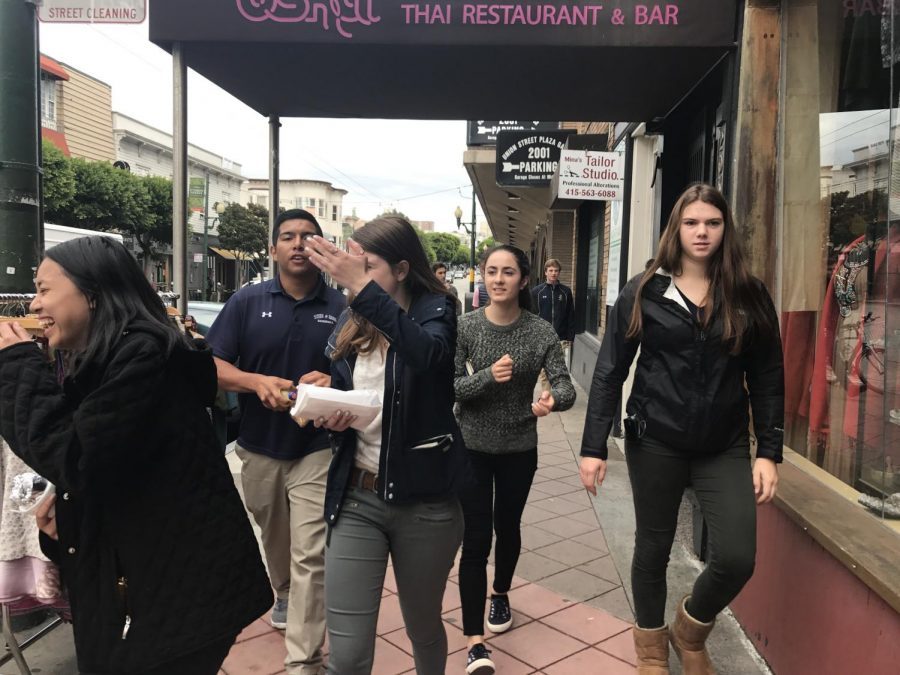 Some students wear jackets in anticipation of rain as they walk on Union street. The class went to La Canasta Taqueria during their Spanish period.

WEB EXCLUSIVE Students in IB HL Spanish left the classroom today and took a trip to a taqueria where they sampled Mexican dishes and conversed in Spanish.

“We had an assignment where we had to plan a fiesta as a class so we decided to go down to a La Canasta, a taqueria on Union Street,” junior Sophie Mack said. “We ordered and spoke to each other in Spanish the whole time.”

The trip was a fun way to socialize and enjoy food while conducting class, according to junior Wellsley Cohen.

“I thought it was beneficial that we had to speak Spanish because that’s how I think my skill develops,” Cohen said. “It was also in an environment where we could just relax and converse with friends which isn’t always the case in the classroom.”

Language field trips are a great way to encourage students to engage with the target culture, according to Mack.

“A change of scenery is really refreshing,” Mack said. “I like getting out of the classroom and practicing my speaking skills in a real-life situation.”