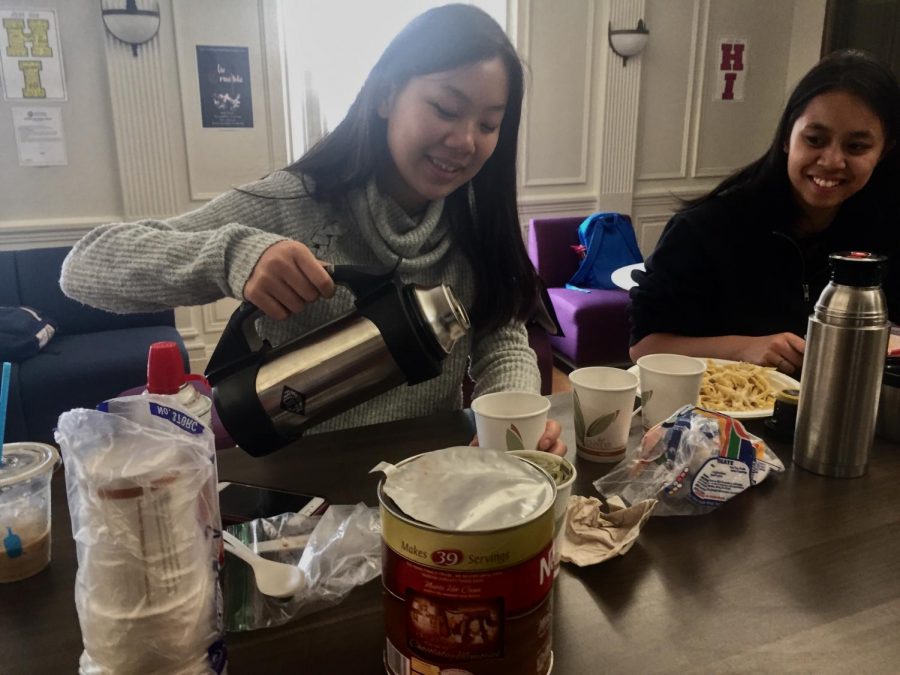 As winter approaches and the temperature drops, Service to the Homeless club sold hot chocolate this morning to raise money for homeless in San Francisco.

Selling hot chocolate not only offers the school community a treat but also supports the funding for the distribution of blankets to the homeless, according to Club Monitor Michael Stafford.

“It is important to work because as it is getting colder and wet, folks who live outside need things to keep them warm,” Stafford said. “I think selling hot chocolate is a great way to do it.”

Service to the Homeless Club, led by juniors Sydney Marquez, Kelly Chan, and Mary Perez, focuses on the direct needs of the local San Francisco homeless community. The club organizes many activities in which they engage directly with the homeless population, according to Marquez.

“When working with the homeless, you form a deeper sense of connection with them, and are reminded of their humanity,” Marquez said. “Which society often forgets.”

In addition to its service aspect, a hot drink is also a great way to start a school day, according to Emily Kanellos.

“It was really cold this morning, so it was a great surprise to be offered hot chocolate while heading to my History class,” junior Emily Kanellos said. “It added a pep to my step.”

Service to the Homeless is among many Convents clubs, whose topics range from wellness to advocating for animals.

“I love the fact that there are clubs and organizations here that focus on our immediate community as well as those that look into the life and needs of people in both our greater San Francisco and the world,” Stafford said. “Convent really believes in the concept of community for ourselves, but also in the concept of our community being global, so the fact that we have clubs that want to address both of those communities is fantastic.”