Get your head in the game 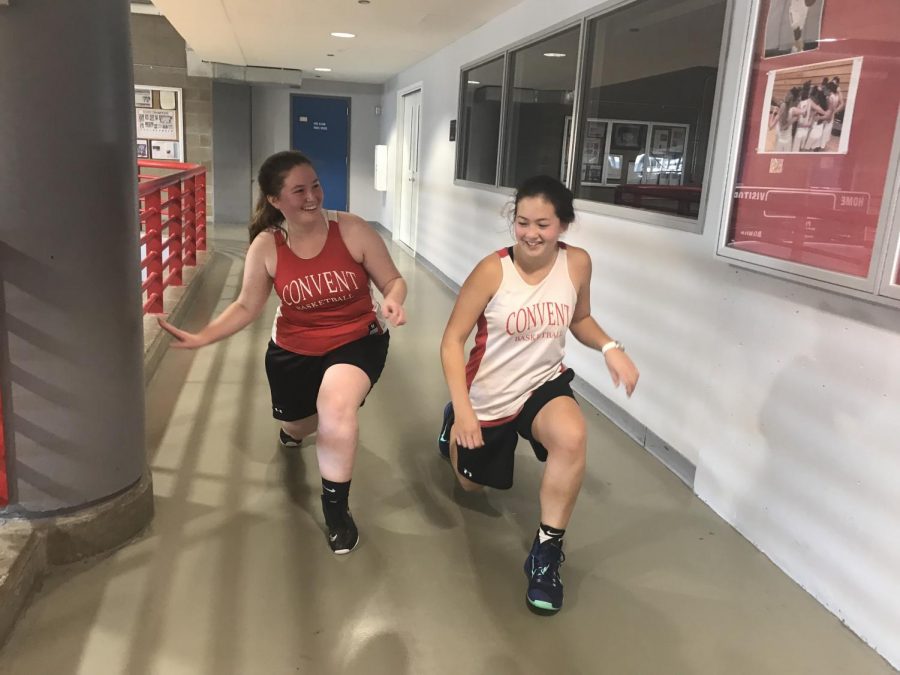 Senior Grace Ainslie and junior Mason Cooney cool down after a basketball open gym. This extra basketball practice was created in preparation for the upcoming basketball season.

The gym was filled with the sound of bouncing balls and squeaking shoes as basketball open gyms started this Wednesday.

“Open gyms are optional,” Athletic Director Elena De Santis said. “It’s good for all athletes to get to know each other if they haven’t been out there or start getting their muscles warmed up and ready to play basketball so when it comes to the first day they are not starting cold.”

The season officially starts on Nov. 6, but the teams will host several open gyms before hand.

“It was really exciting,” sophomore Mira White, who has played since freshman year, said. “I’ve been looking forward to meeting the new freshmen who are planning to play basketball and it was nice to pick up a basketball again.”

The gym started with introductions of everyone and moved on to practicing drills that would normally be played during a practice.

“Everybody at tryouts will know how to do [specific drills],” De Santis said. “That’s really helpful for the freshmen to come to tryouts knowing what to expect.”

“I hope that everyone shows up ready to play,” De Santis said. “We have a good number of people who signed up and it’s going to be a good year. If you are think about trying out, then do it, you’ll regret not doing it.”