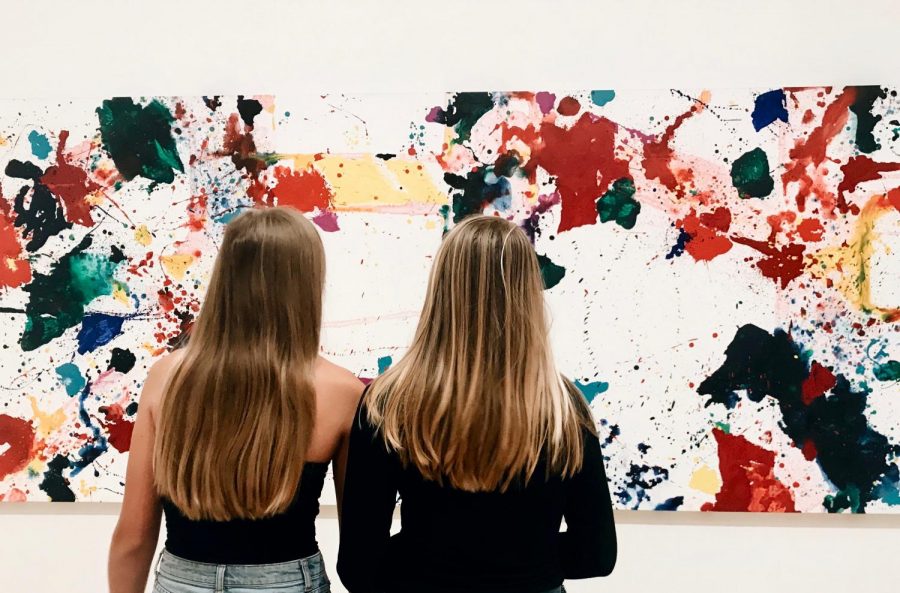 Juniors Abby Anderson and Maggie Walter analyze a work at the San Francisco Museum of Modern Art. The IB students were two of a large group who went to the museum to explore different art pieces and artists.

WEB EXCLUSIVE Year One IB junior art students left early from G Period for a field trip to the San Francisco Museum of Modern Art to prepare for their upcoming comparative studies.

The SFMOMA is a non-profit organization and museum that displays different pieces of modern and contemporary artwork.

“We were divided into four small groups by Ms. McIntire based on the art we are working with and what we are interested in,” junior Grace Boudreau said. “The groups all had different focuses such as traditional media, art history or video media.”

The group of combined Standard Leven and High Level art students was split between five different faculty members from a range of departments.

“We chose the SFMOMA because there’s a really broad range of exhibits right now,” Visual Arts Department Chair Rachel McIntire said. “For this specific IB assignment, students have to pick two artists and compare the work of them using the formal elements, the cultural context and what the pieces are made of.”

Some of the SFMOMA’s new exhibits currently showcased are “Soundtracks” and “Between Two Worlds.”

“I’ve been researching some artists online and in books during class who have pieces that interest me,” junior Anna Doggett said. “Today I got to see some of those works in real life and I was inspired in new ways.”