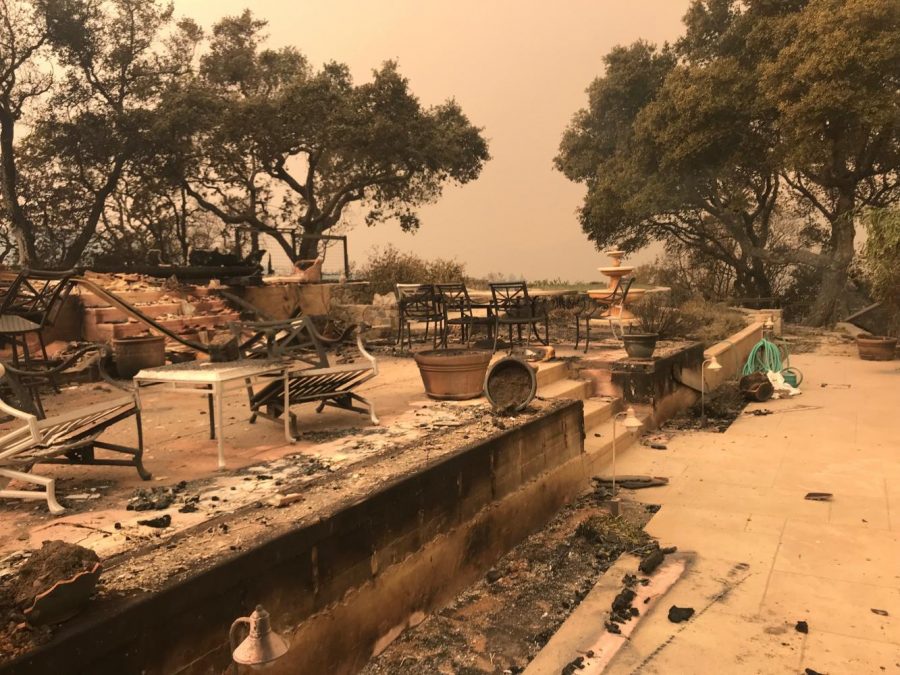 Natalia Varni's home after the fire. Varni's house was one of thousands affected.

WEB EXCLUSIVE A series of fires in the North Bay that began over the weekend have covered over 119,000 acres and affected 1,500 homes, businesses and structures.

With 40,000 people evacuated, 99,000 without power and 15 reported deaths, the fire has turned into a national crisis.

Junior Sofia Pirri was one of a group of Convent & Stuart Hall students who had to evacuate the area.

“I was at my friend’s house in Kenwood and we noticed a smell but we didn’t think anything of it at first because we saw a fire over the ridge not close,” Piri said. “Then we saw this huge fire less than two miles away from the house. We could see the red smoke so we knew it was near.”

California Gov. Jerry Brown declared a state of emergency on Monday for Napa, Yuba, Mendocino and Sonoma counties. Community centers and schools have donated water, pillows, diapers and more and offered shelter to people in need from the counties with fires.

Firefighters are still battling 17 fires such as the Atlas fire and the Tubbs fire. Because of the smoke, air quality is extremely unsafe in the Bay Area and all outdoor sports practices at Convent & Stuart Hall have been moved indoors.

“Our house sits on the hill of Kenwood and we saw smoke and fire from the cross mountain.” junior Natalia Varni said. “When we left around midnight, the wind was so bad it was chaotic and made the trip even worse.”

Active looters have also been reported in Santa Rosa and have been taking advantage of the victims of the fires. They have gone through several homes and the police are on high alert.

“We are kind of sitting in this grey area right now,” Piri said. “People are doing what they can to help the community which is really nice to see come all together.”