Second shuttle to be added tomorrow 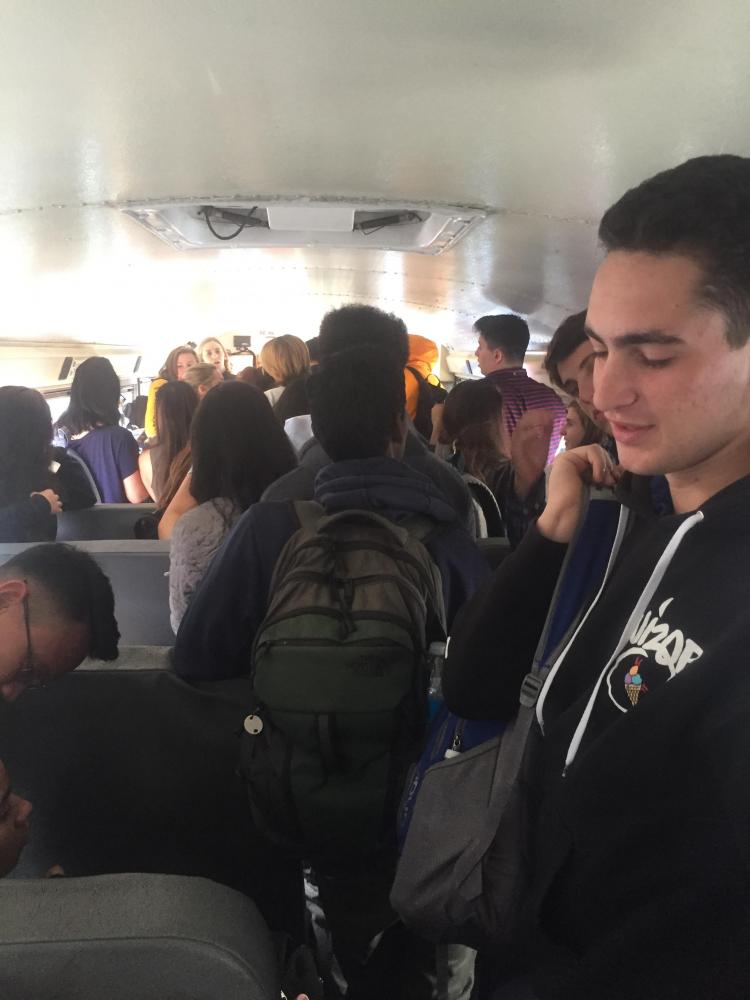 Students arrive at the Broadway campus before D period. The shuttle arrived at 1:58 p.m., three minutes past the start of class.

A second shuttle will run during passing periods starting tomorrow in an effort to reduce overcrowded buses and missing class time.

“I haven’t been on time to a single ethics class, which is at Stuart Hall, all year,” junior Isabella Bermejo said about her H period class. “Seats that are meant for two people have four people on them. It’s also close to the end of the day, so people bring their sports gear with them, which takes up even more space. The shuttle gets so obscenely hot and we are packed together like sardines.”

Freshmen and seniors will be allowed to leave class five minutes early to catch the first, earlier shuttle, while sophomores and juniors will take the regularly scheduled one, according to Head of School Rachel Simpson.

“I hope this resolves the current issue,” senior Jocey Shilakes said. “I’ve had to use Uber or walk between campuses about 10 times this year because even though I’m on time to catch the shuttle, it gets too crowded so they won’t let anyone else on.”

Classes will not be shortened, rather they will have “soft starts and ends,” meaning the first and last five minutes will be more flexible times for arrival and departure. This time could be used for check-ins between students and teachers, according to Head of School Rachel Simpson.

“Hopefully this spreads people out pretty evenly between the two shuttles,” Bermejo said, “Hopefully it will be less of a fight to get on the bus.”

The additional shuttle will run between A and B periods, C and D periods, E and F periods, and G and H periods. 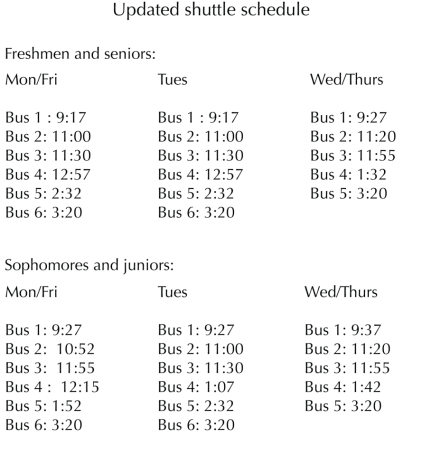