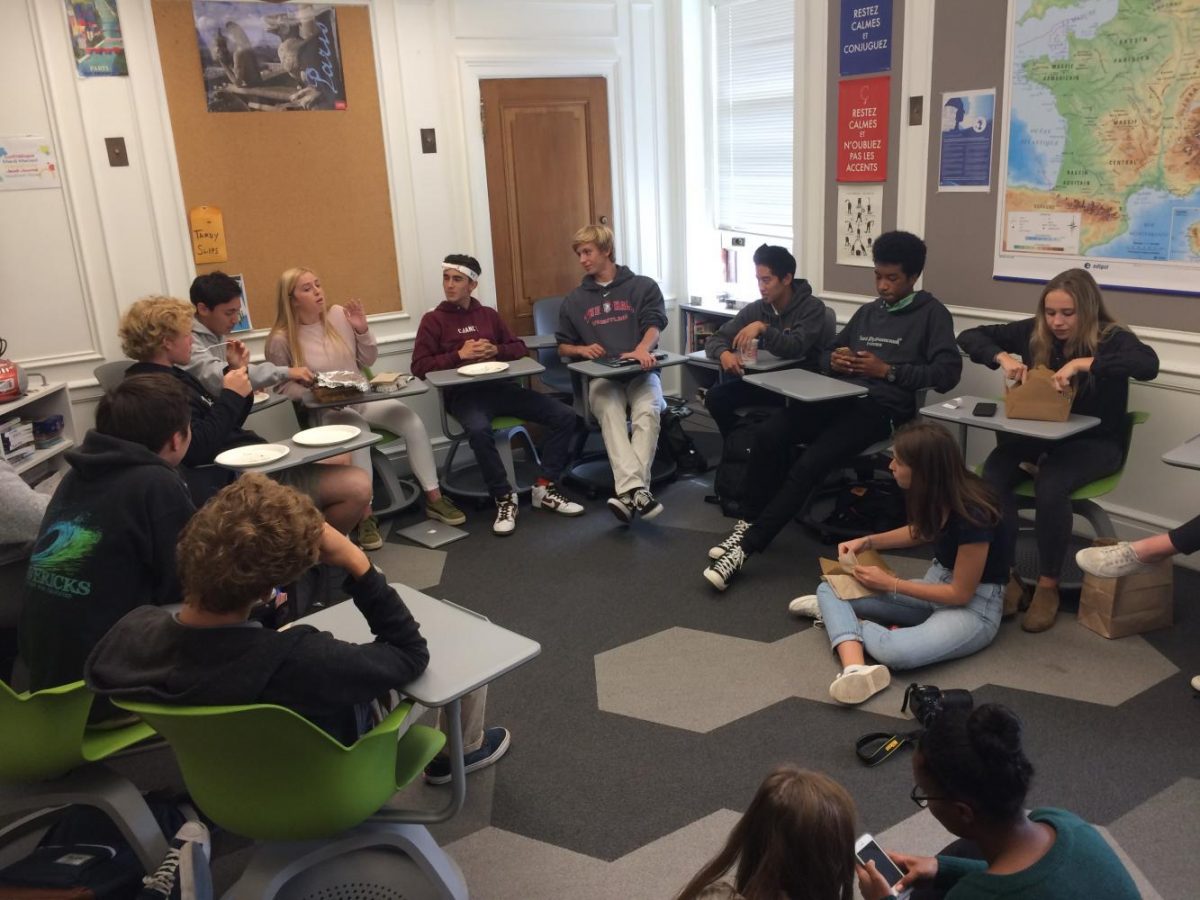 Club head Jemima Scott (left center) addresses the Surf Club during their lunch meeting. This was the club's first meeting of the year.

The newly coed Surf Club had its first meeting of the year during lunch.

“It was very successful,” club head Jemima Scott said. “We had a lot of the new members come from a bunch of different grades, and we had all the guys come as well.”

Along with Scott, Stuart Hall Senior Jonny Forman is club head of the boys’ division.

“We talked about the logistics of the club, so what you need — wetsuits, boards and where we are going to meet for surfing, so Stinson or Pacifica [beaches],” Scott said. “We also talked about our next surfing date.”

The next club outing is undetermined but will be happening in a few weeks, according to Scott. Members must bring their own gear or rent from a store.

“It’s a fun way to relax over the weekend and forget about everything like homework and school and just do your own thing,” junior surf club member Elizabeth Worthington said.