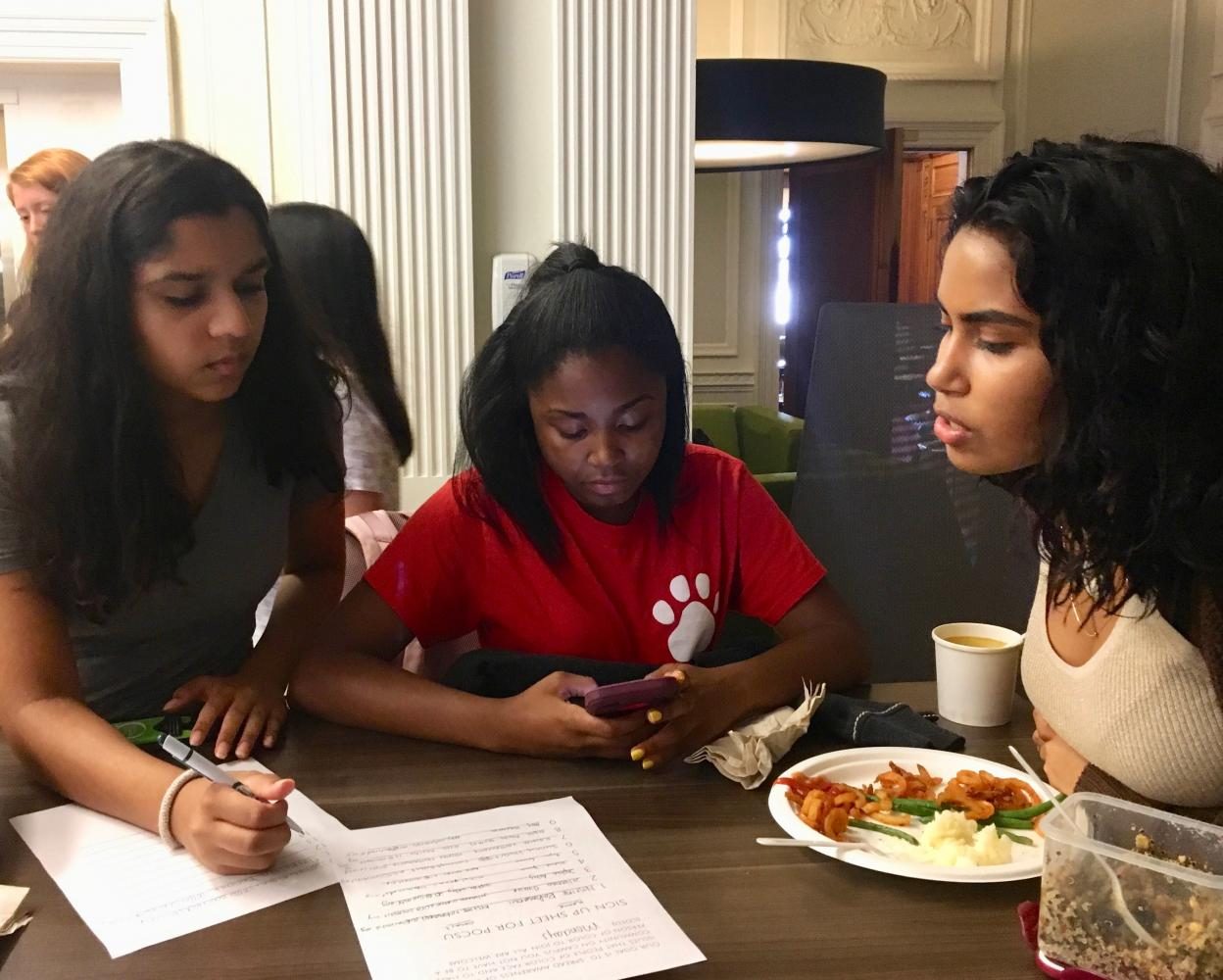 Jade Despanie and Malinalli Cervantes represent POCSU at the club fair in the Center on Tuesday as Avani Mankani signs up. POCSU was one of the 28 clubs represented at the fair.

Convent has its first People of Color Student Union club, a group that aims to promote awareness about racial injustices in society.

“When I came here my freshman year I noticed they didn’t have a lot of things that revolved around social injustices,” sophomore Malinalli Cervantes said. “So my classmate and I came to the agreement that we needed to start a club that focused on those racial injustices.”

The People of Color Student Union club, also known as POCSU, has over 25 members of different ethnic backgrounds. The current plan is to make the club to a Convent & Stuart Hall endeavor as well as collaborating with other clubs with similar aims such as the Gay-Straight Alliance and the other diversity and inclusion clubs.

“I think that any opportunity that we allow students to come together and talk about important issues is a good idea,” school counselor Annie Egan said. “The more opportunities we can give students to best figure out [who they are] and talk about things in a supportive and safe space, the better it is for the world.”

The club is open to all students, even those who do not personally identify as a person of color. Cervantes and Despanie encourage all student to join and learn about the current events that are taking place in the school, city and country communities.

“POCSU was created not only for people of color but for all people who are allies,” Cervantes said. “Anyone who thinks the issues that we’re bringing up are important or who wants to spread awareness of what is happening in our society is welcome.”

“Malinalli asked me to join the club and she told me it was to bring awareness of people of color,” Webb-Perkis said. “I identify as white, but it’s interesting because I’ll be able to see different views.”