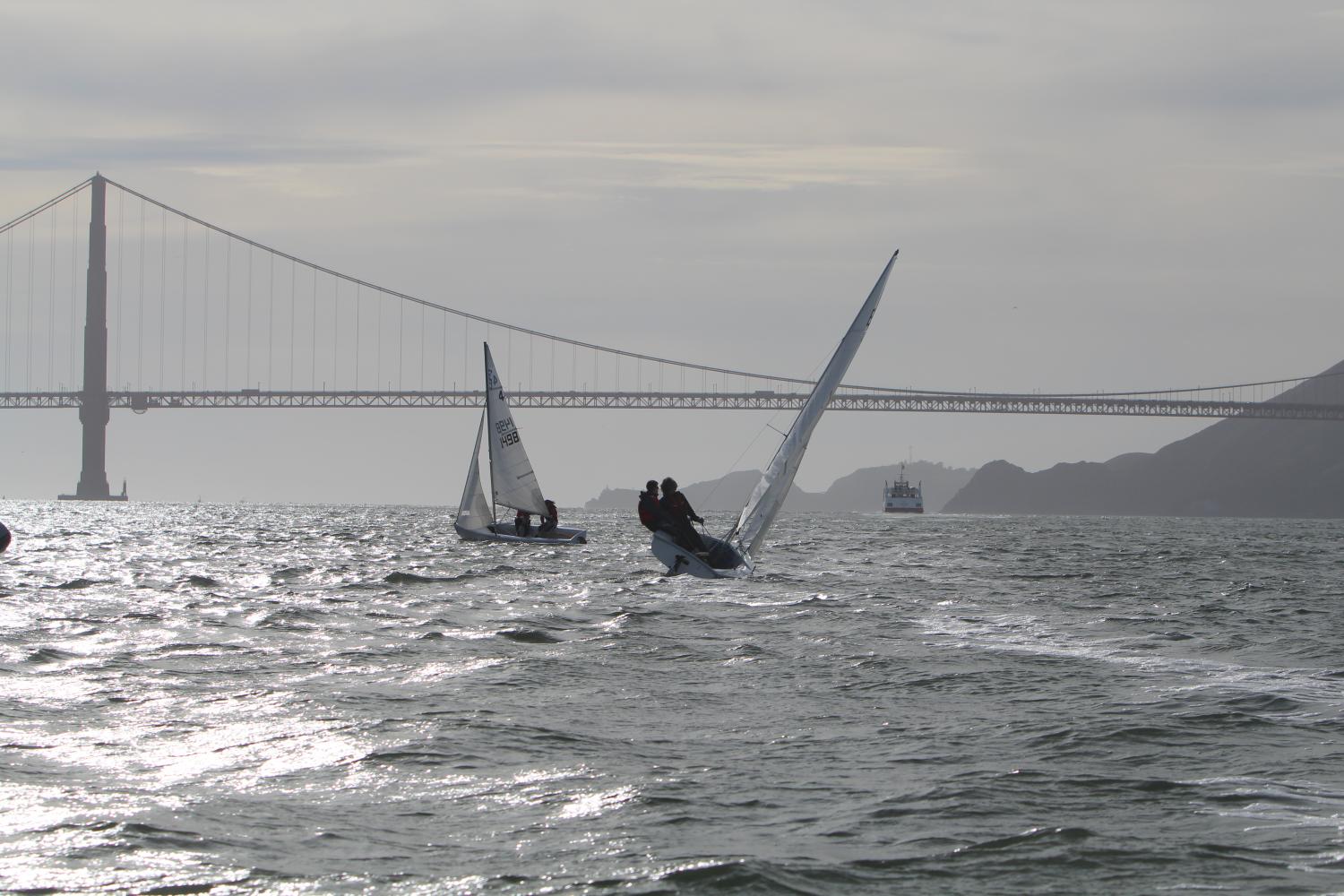 Convent & Stuart Hall boat sails in front of the Golden Gate Bridge during practice last season. The team practices at the St. Francis Yacht Club on the bay.

Convent & Stuart Hall’s varsity and junior varsity sailing teams began their first practices of the 2017-2018 school year this week at the St. Francis Yacht Club on the San Francisco Bay.

The teams practice separately in the water twice a week with other high school sailing teams from the City to prepare for regattas, according to captain Lulu Desai.

“My cousin sailed and he said that it would be fun, so I tried it and loved it.”

“We have practice races against each other and do starts and drills together,” Desai said. “It’s actually nice to have more people.”

Many JV sailors are new to the sport and have had no race experience. The weekly mock competitions allow beginners to learn the basics of racing and how to start.

“I started this summer,” said freshman Nadia Gibbons, a JV sailor. “My cousin sailed and he said that it would be fun, so I tried it and loved it.”

Varsity has its first regatta of the season on Sept. 30 and Oct. 1 at the Richmond Yacht Club.

Convent sailing started as a club team and later after the interest grew, the official Convent & Stuart Hall sailing team was formed.

“The team started when I was here and it’s grown in popularity,” said Athletic Director Elena DeSantis. “There were only a few people who sailed when it began.”