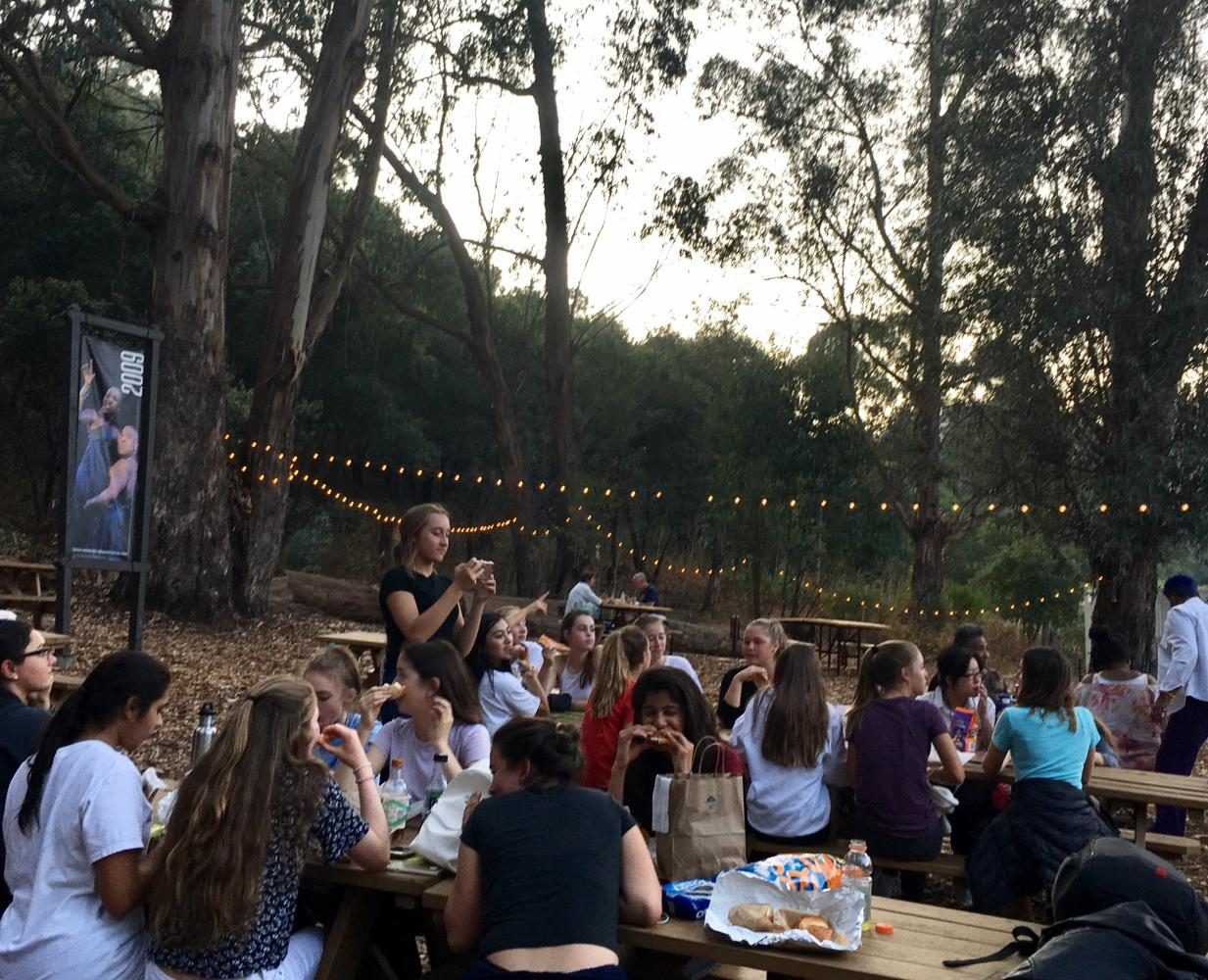 Sophomores gather in the California Shakespeare Theater to watch the evening performance of black odyssey. Black odyssey playwright Marcus Gardley was a finalist for the 2015 Kennedy Prize.

Sophomores will be attending “black odyssey” tonight at the California Shakespeare Theater in Orinda to start off their unit studying Shakespeare’s work.

“Black odyssey,” written by playwright Marcus Gardley, follows the story of Ulysses Lincoln, a soldier trying to return home from war, who is presumed dead. Lincoln’s journey back is also hindered by two gods who attempt to manipulate his voyage.

“The gentleman who wrote it used ‘The Odyssey’ as a template to tell his own story,” sophomore English teacher Rachael Denny said. “So, in essence, it is an old Western European story that is being reappropriated to tell a black American story.”

Sophomores recently began reading “The Tempest” in English class and are watching the performance tonight to see a modern interpretation of a Shakespeare play, according to sophomore Abby Widjanarko.

“Our class is watching it both because Ms. Denny really enjoyed it when she watched over the summer and because we’re starting to read ‘The Tempest’ in class,” Widjanarko said.

“Black odyssey” is written in a poetic format similar to Homer’s “Odyssey,” according to Denny.

“Odysseus tries to come back from the Trojan War but he gets stuck on his way and has all these challenges he needs to face,” sophomore Isabella Thiara said. “He encounters the gods and finally gets back more than 10 years after he left for the Trojan War.  [Gardley] uses ideas and concepts from ‘The Odyssey,’ but tells his own life story.”

There are numerous parts of the play that are directly related to what sophomores are studying this year, according to Denny.

“’Black odyssey’ is a blend of literature and history, and it’s making its topics relevant for today’s society, specifically in relation to the racial tensions that are happening around our country today,” Denny said. “It’s exactly what we do in sophomore history and English — we look at how we’re going to learn from literature or history and apply them today.”

“Black odyssey” plays at the California Shakespeare Theater through Sept. 3.