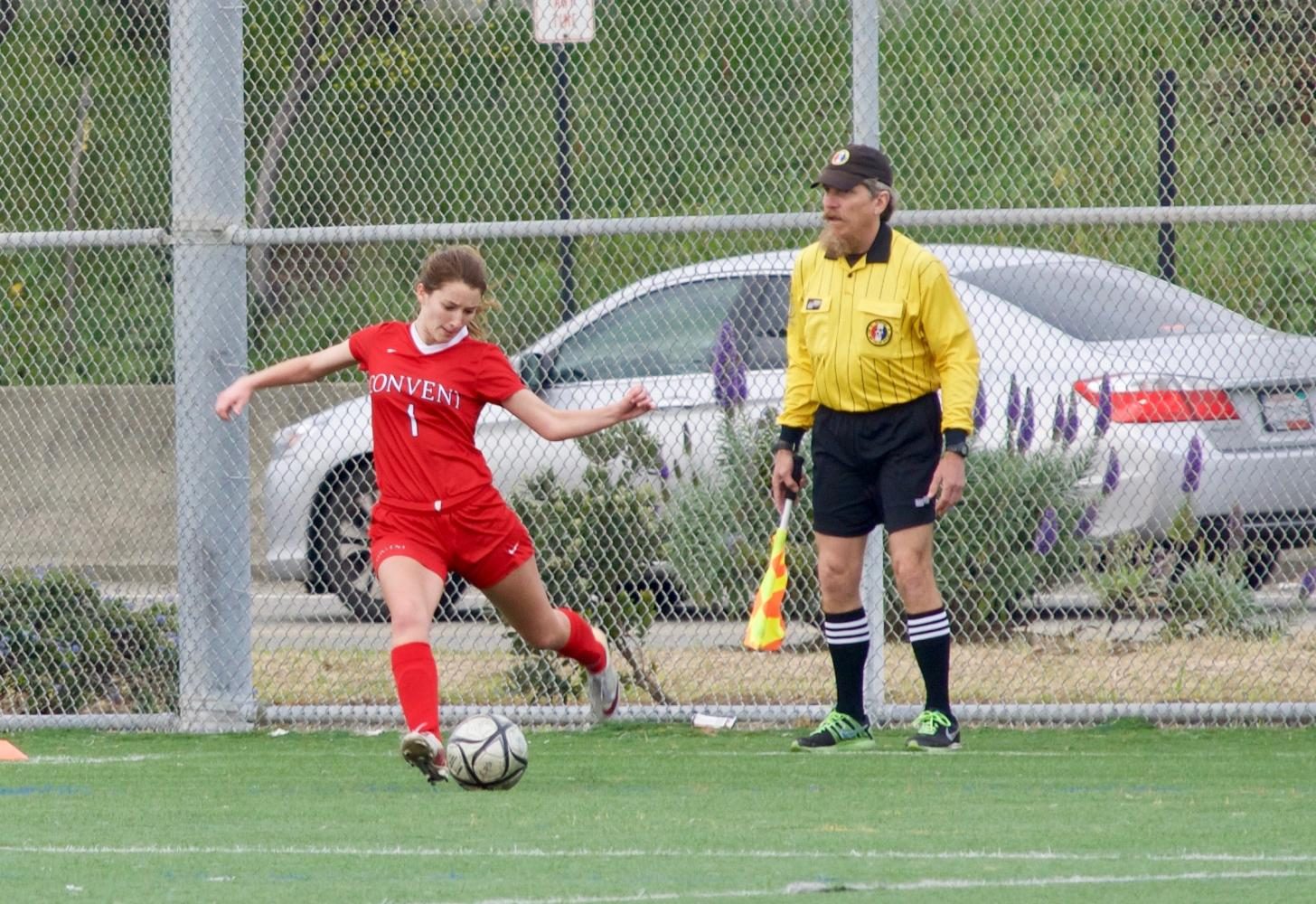 Senior captain Delaney Moslander takes a kick after a foul was called against College Prep during a game in Berkeley on March 23. The game was not a league game and did not contribute to the team’s path to playoffs.

With cleats, water bottles, and shin guards ready to go, the soccer team began preparations today for their league playoff game of the season, scheduled for Tuesday, May 2.

“On Saturday, our team went for a group run at Ocean Beach to focus on our fitness and today we are going to go over tactical skills and review some positioning ideas,” sophomore Amelia Estes said. “We are working really hard to make sure we play our best game tomorrow.”

This is the second time in Convent soccer history that the team has been able to qualify for playoffs. Last season, the team made it to the semi-final game, but lost in a close game against Drew.

“Our team is really close and we all love each other as more than just a team,” Olivia Sanchez-Corea said. “We work very well together. I am confident in our skills and I am excited to see more constant motivation and support tomorrow at our game as a connected team.”

Although the team has almost as many losses as wins, the team placed fourth in the Bay Counties League Central and will be playing the first place team, Drew. In April, Convent tied Drew in a 3-3 game, breaking Drew’s 12 game winning streak.

“We are working especially hard because any game against Drew is a tough one,” junior captain Pilar Ballesteros-Cordero said. “As a captain and teammate, my personal goal is to make sure everyone has support and that good soccer is played.”

As the team heads for their final practice, they will focus on skills and also having fun, according to Ballesteros-Cordero.

“It’s really nice to know that we have become better as a team and because of that have been able to make it to playoffs,” sophomore Amelia Estes said. “It’s a lot of pressure to play the top team, but we have been really preparing as a whole. I am not worried and have a lot of faith in my team.”