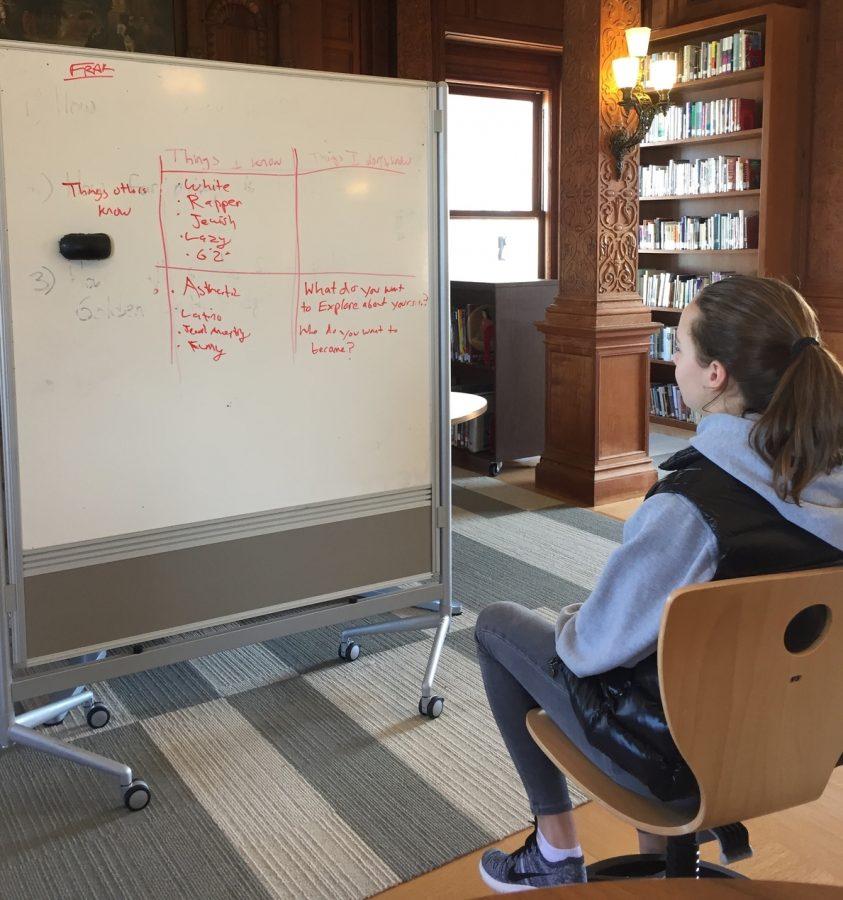 Sophomores spent today’s lunch period learning how to think and talk sensitively and critically about genocide, in preparation for the Responses to Oppression course’s upcoming unit on the Holocaust.

“You could talk about genocide purely historically,” theology teacher Paul Pryor Lorentz, who spoke to the students, said. “Say ‘here’s when this happened, here’s the number of people that were killed and here’s the people who were affected by it.”

History teacher Michael Stafford wanted students to gain an understanding of the term genocide as a whole, and to give them an opportunity to visualize the massive numbers  of people affected by this catastrophic event in a safe environment.

“The thought exercise Mr. Pryor Lorentz did with the students allowed them to realize the limits of their imaginations and allowed us to give up on the hope of ever fully understanding [genocide],” Stafford said. “Where he landed is the openness to hearing the stories and the willingness to  have some empathy to try and understand someone’s experiences,” Stafford said.

Sophomore Caroline Phillips enjoyed Pryor Lorentz’s presentation, because it allowed her to discuss this topic openly and left her feeling relieved knowing that it is okay to not fully comprehend the situation.

“I enjoyed how he used metaphor to help us try and understand how many people are killed during genocide,” Phillips said. “Also how he showed us that it’s okay if we don’t understand it, because just as humans it’s hard for us to understand, which I found comforting.”

Pryor Lorentz also discussed the reasons why it is so important to keep this particular topic in discussion, and the troubles and potential outcomes from choosing to avoid it.

“I think that ignoring something opens up the possibility of it happening,” Pryor Lorentz said. “So if I am like ‘Let’s not talk about earthquake safety,’ that does not prepare you for when there is an earthquake, although it makes you feel comfortable in the moment. That’s the reason why we should talk about it.”