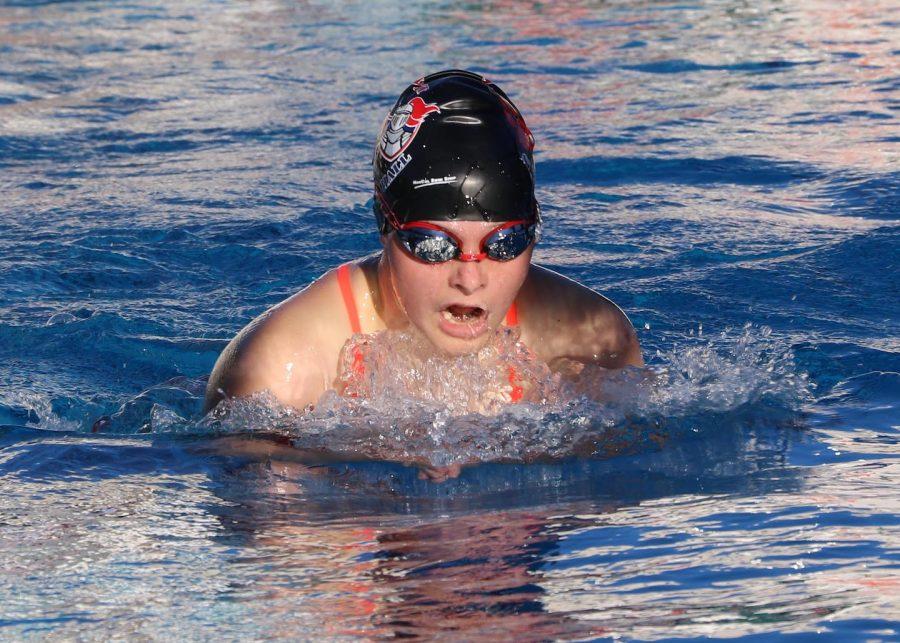 The swim team, bolstered by several new athletes, participated in its first league meet of the season today.

“The scores have not been published yet so I can’t tell you exactly [how we did],” co-captain Bella Kearney said, “but because it was our first meet a lot of our new swimmers were just getting used to the format of a swim meet, and because we were against Marin Academy who is typically very high in our league, I don’t think it was a win.”

The team has a much larger roster than in previous years, helping it to score more points in meets, despite many of its team members’ relatively little experience.

“The way that swimming scores you get a certain amount of points for first place, second place, and third place,” Kearney said. “What would happen is our swimmers would get [the points for] first place, but then the other team, which had more people in each event, would get second place and third place and they’d ultimately come out with more points.”

Aside from amassing more points, a larger team aids diversity and benefits overall team culture, according to co-captain Masha Kozlova.

“My role as captain has really changed,” Kozlova said. “The majority of the team is underclassmen so I have a lot more people to lead.”

As team captains, Kearney and Kozlova face the challenge of bringing a bigger team together  while simultaneously assisting newer swimmers with skills and technique.

“We give lots of tips,” Kearney said. “For example, the other day at practice I helped two of our new swimmers with flip turns because that’s a very technical type of thing and for us, the girls who have been swimming a long time, it’s something we can help other people with.”

The next meet will take place at 4 p.m. on Wednesday, March 22 at Hamilton Recreation Center against Urban and University high schools.