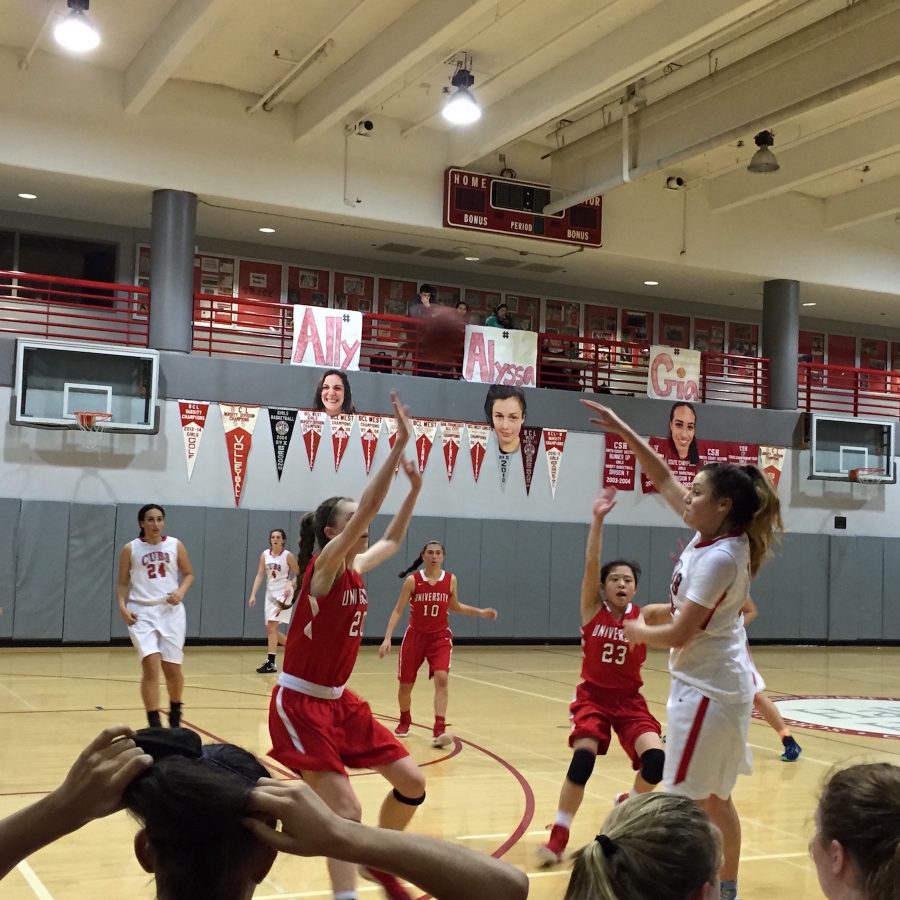 Senior Alyssa Alvarez makes a shot while fellow teammates watch from the bench during the Varsity Senior Night game against University. This story was updated with a photo from the February 7 game.

After an entirely undefeated season and a #4 place in the state, the girls varsity basketball team won against Marin Academy in a 61 to 35 lead Friday night.

“The game went really well, we played as a team and we played well on defense which carried our offense,” senior Ally Arora, who is a co-captain of the Varsity team, said. “We played them really hard throughout the entire game.”

Following the win, the varsity Cubs are now league champions in the Bay County Leagues.

The game took place at Convent at 5:30, and all team members were able to have time off the bench to participate in the win.

“I’m just really excited that every single person on the team got to participate in the win, so I think it was such a team win overall,” sophomore Isabel Elgin said.

The team’s Senior Night game against University will take place at Convent tomorrow night at 5:30, and is the last regular-season home game.

“It’s really exciting to be completely undefeated,” Arora said. “It’s a little nerve racking because you’re the best so you can’t stoop down to any other team’s level because we want to keep our record.”