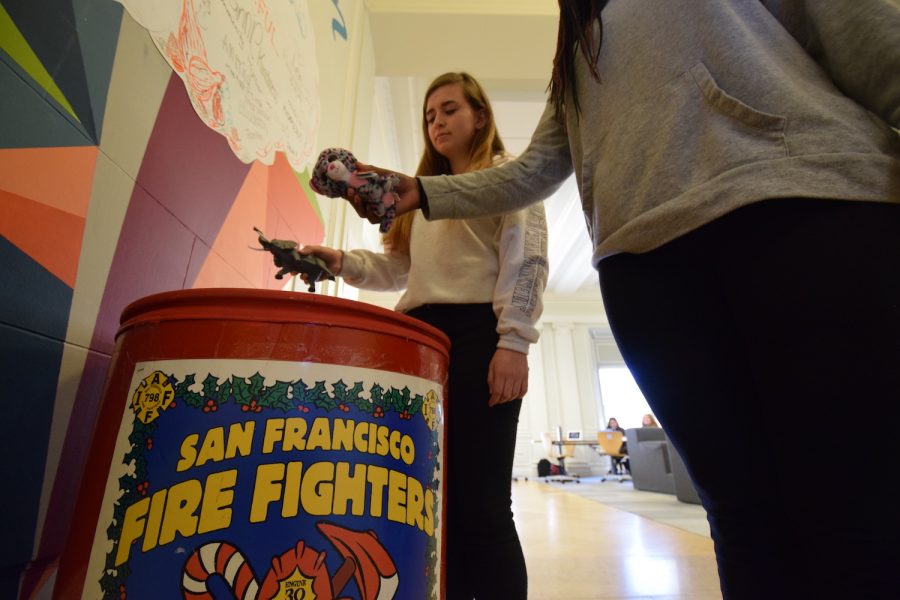 “Families around [the Bay Area] work hard to pay rent and sometimes can’t afford to provide for their kids, so they are given the opportunity to get toys for their family,” Leif Veimoen, a Santa Cruz and San Mateo firefighter said. “Families usually get two to four toys per kid depending on the availability, so everybody gets something for Christmas.”

During the Christmas season, donations are mostly given out to families who have waited in long lines to apply for toys for their children, according to Veimoen.

“We want everyone to be able to experience the fun Christmas feeling of getting a toy,” Sophomore Class Representative Worth Taylor said. “The gifts will bring kids lots of joy, happiness, excitement and Christmas spirit because they will be able to encounter fun and cheer during the holiday season.”

In addition to helping San Francisco Bay Area families during the winter, the program also aims to reach a wider community in California and the United States by holding drives and offering fundraising services in response to natural disasters like Hurricane Katrina, according to Peeler.

“We don’t go to just individual families, but we go to the the cancer wards and homeless shelters too,” Peeler said. “We help everyone in need, especially when there are kids.”

Convent & Stuart Hall students can engage in the program and gain service hours by bringing in new or lightly used toys and placing them in the community toy bin located in the Center until Dec. 16.

“We accept all toys for infants through 12 year olds, except any sort of gun,” Peeler said.

Around 500 businesses and communities in San Francisco receive toy barrels for collecting donations, according to Peeler.

“It is a great thing to do for Christmas because it’s not just fundraising,” Devin DeMartini Cooke,  Director of Student Life at Convent, said. “It’s really about giving, which I think is the real spirit of the holiday season.”

The toy program accepts donations throughout the year, not just the holiday season, so that toys are available for birthdays and other special events. The program also people willing to volunteer according to Peeler.

“It’s mind blowing to be able to make a difference in that many people’s lives,” Veimoen said. “It’s really cool to be able to give back to kids and make their lives that much greater on Christmas.”