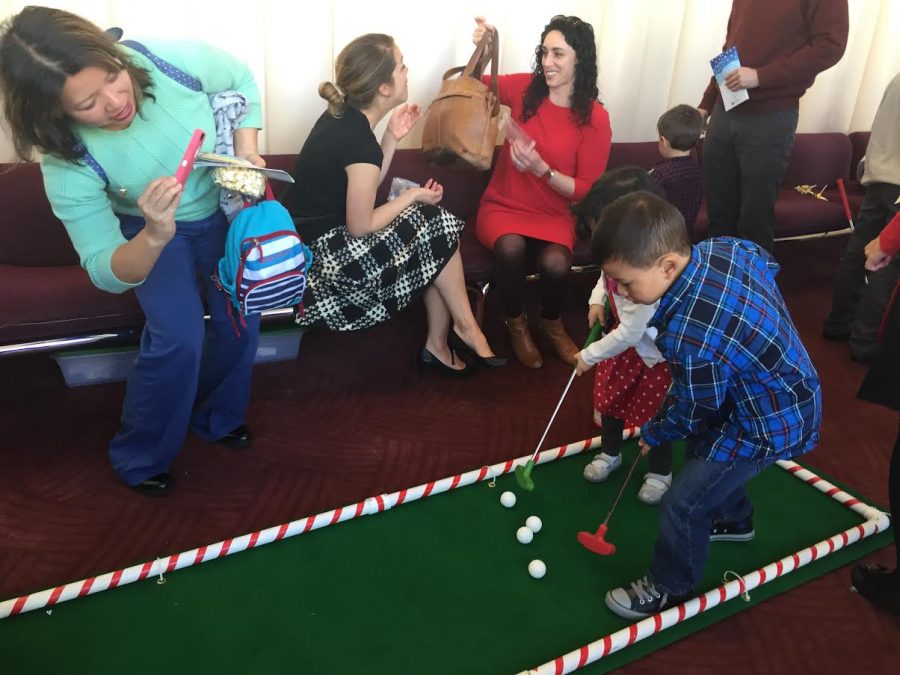 Junior Edna Tesfaye assisted children in applying temporary glitter tattoos at the San Francisco Symphony’s annual Deck the Halls event on Sunday, which funds Community Day, an event that took place on Monday and welcomed almost 4,000 children from public programs around the Bay Area to enjoy a day of orchestral performances and holiday fun.

“Louise M. Davies began the Deck the Halls event 36 years ago,” former event coordinator Jennifer Duquemin said. “She wanted the symphony to be a place where families could bring their children and start experiencing music.”

A large number of Convent & Stuart Hall students volunteered for the event, some of them for their third year in a row.

“It’s a really great event because you get to have fun with kids while raising money that goes to benefit underprivileged children,” Tesfaye said. “I first started volunteering at Deck the Halls as a freshman because I wanted something fun to do around Christmas time that was also a service activity, but it turned out to be really fun so I just kept doing it over the years.”

Michael Campos, a Stuart Hall theology teacher, has brought his advisory to volunteer at the fundraising event for the last four years, citing the benefits for his students and other youth attendees.

“It brings our students outside of the world of Stuart Hall and Convent because they’re working with young children,” Campos said. “Ultimately, what that cultivates is a sense of empathy, the sense that these are kids that have a very different sense of location and different levels of anxiety.”

“It’s an opportunity to be in a professional situation, where you’re expected to be helping children and acting in a courteous way,” Duquemin said.

The Deck the Halls event welcomes families during the holiday season and shares the gift of music while raising funds to give that same gift the following day to those who might not otherwise receive it, according to Duquemin.

“My favorite part of all of Deck the Halls is Community Day, when we get to come in and watch the conductor ask the children who haven’t been to the symphony before to raise their hands,” Duquemin said. “To see all those hands go up is phenomenal. We made that happen.”