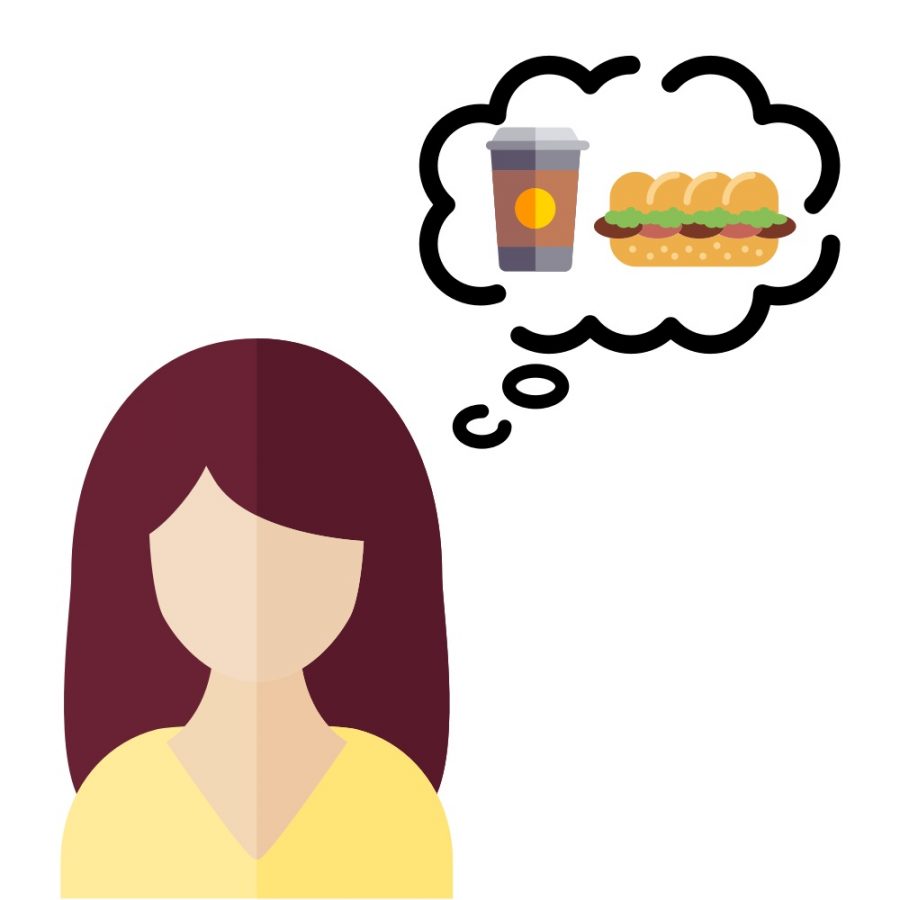 Seniors in the F period theology class were overheard complaining of hunger at 9:30 a.m., only to realize that they had three more hours until an allotted lunch break.

While students with study periods during G were comforted by the fact that they could stop by the cafeteria for a snack, senior Sarah Hong observed that she would soon feel “hangry,” a word that refers to anger induced by hunger.

“I don’t like this because I just get fed up with people talking sometime when I don’t have food,” Hong said. “The no food in class policy I understand, but I can’t go through three hour and a half classes before lunch.”

Hong adds that the consistent 11 a.m. lunch times interrupted by a 12:20 p.m. lunch on Tuesdays messes up her eating schedule, which her body has become accustomed to.

“I feel like it’s difficult for students because we all get into a routine and it’s super important for students to be productive and consistent in our daily lives,” senior Grace Lachman said. “When something’s kind of different we all get kind of thrown off and super hungry and cranky in third period classes which ends up being super unfair to the teachers and the students.”

Lachman left school to go to Jane on Fillmore for a snack during her F period study time and said the trip took a little longer than half an hour.

“If I hadn’t been spending that time going to get food I would have been working on French or my English debate,” Lachman said.

Hong suggested that on days where the later lunch time occurs, teachers might consider making exceptions to the “no eating in the classroom” rule which was recently reinforced in the 2016 School Handbook.

“I see more students eating in between classes, trying to jam some food down real quick before they get going,” theology teacher Paul Pryor-Lorentz said. “Pretty much everyone’s new policy is no food in the classroom, so I make sure to give students five minute breaks during the long periods.”