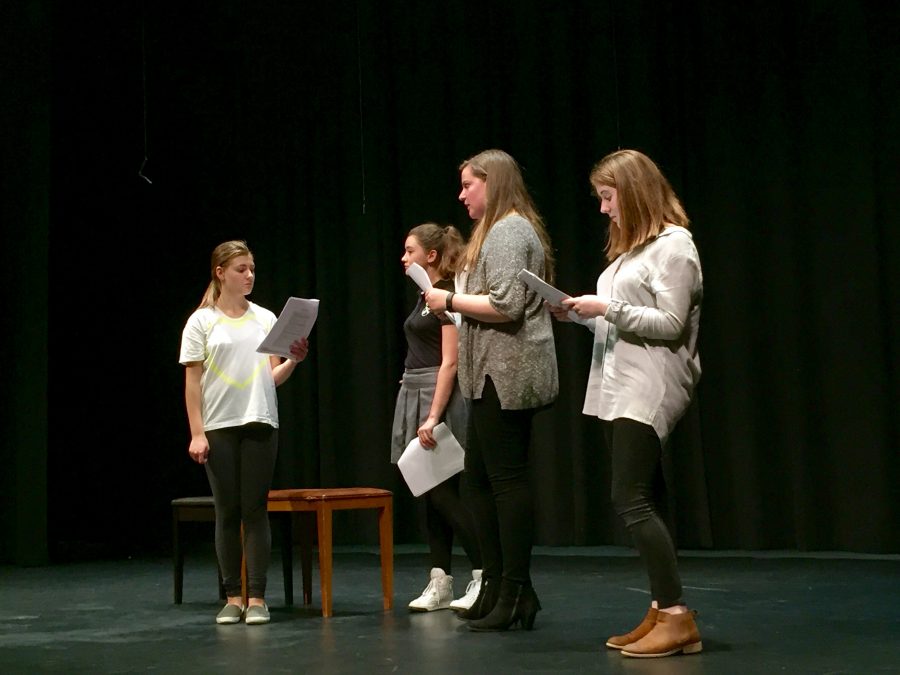 A second round of auditions for the Fall play “Sixteen in Ten Minutes or Less” were held in the Syufy Theatre today.

“I didn’t do the play last year and I’m only a sophomore so this is actually the first time that I’m doing a play,” sophomore Sophie Egan said. “I’ve always done musicals, which is just singing and I’m more used to that, but I’m excited to try a play.”

Following auditions held yesterday, students were able to try out from 3:30 to 5:30, and were welcome to either memorize a monologue or use provided scenes.

“I haven’t read this play too much but it’s nice that it’s modern so people can relate to it more,” Egan said.

The production is a compilation of short, 10 minute plays depicting the lives of various teenagers.

“We’ve done a lot of traditional shows and we’re really interested in getting more modern with our productions,” junior Kelly Rosanelli, who is the Co-Stage Manager, said. “We’ve been doing Shakespeare for the past two years so it’s always great to get in with more modern ideas and express that through a play.”

Callbacks will be held tomorrow and rehearsals begin Sept. 5, with the show taking place from Nov. 10-12.

“We had a lot of really great seniors graduate last year so we have a lot of fresh people coming in,” Rosanelli said. “I’m really excited to see what comes out when we have a lot of those big giants out of the way.”