High schoolers can work at polling places on Election Day, allowing them to learn about process, civic responsibility. 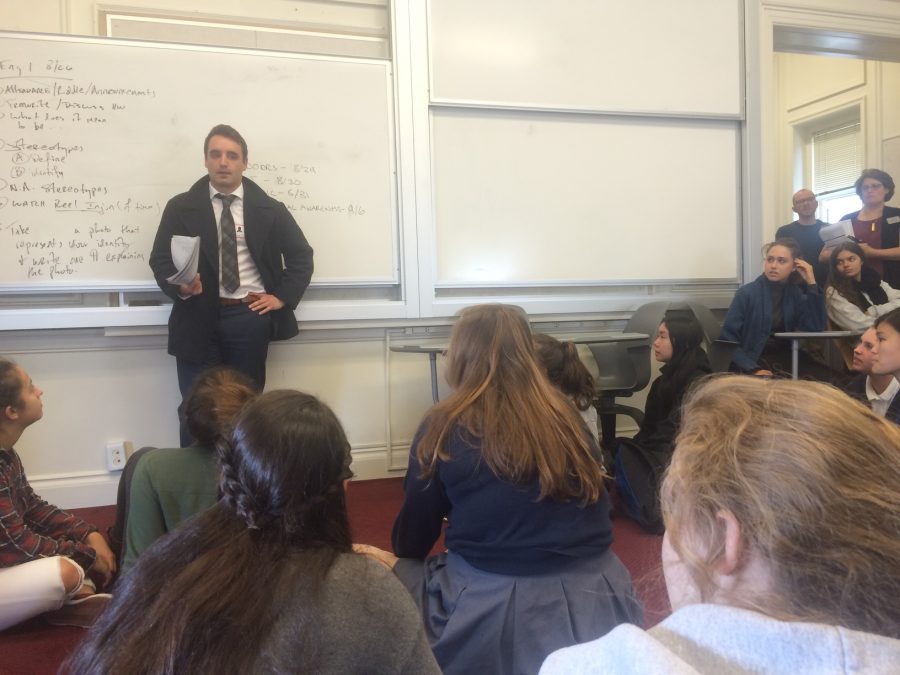 Election Clerk Clinton Wolfrom speaks with the senior class about working at the polls. Students who choose to participate can be paid up to $142 for their time.

A representative from the San Francisco Department of Elections spoke with juniors and seniors during class meetings today about an opportunity to work at polling places on Election Day.

“To make the election run, we depend on our high school volunteers,” Election Clerk Clint Wolfrom said. “Without you guys, we would be understaffed and the polling would be very difficult.”

To work at the polls, students must submit an application to the Department of Elections by Oct. 7, attend a poll worker training, and commit to work at the polls from 6 a.m. to 9 p.m. on Election Day, which is Nov. 8. Students would have to take the day off of school and notify their teachers in advance.

Poll worker trainings last two hours, and take place in the month leading up to the election. The trainings cover how to set up and work the polling machines and involve lots of good customer service practice, according to Wolfrom.

“Voting is the best American experience there is,” Wolfrom said. “It’s one of the most important parts of the democratic process, and people want to feel like they are being taken care of, so a good disposition is really useful.”

High schoolers who work at the polls will be paid up to $152 for their time.

Junior Starr Hooper is attracted to the possibility of working at the polls, as she feels that it would be a great opportunity to see what goes on behind the scenes of an election.

“I would be really interested in seeing something different from what’s normally broadcast on TV,” Hooper said. “Plus you can see all this work people do that they never get credit for.”

Senior Mackenzie Maly is also keen on the idea of working at the polls, because even though she will not be able to vote during this election, she thinks that familiarizing herself with the process is imperative.

“Getting to know the process a lot better would be really helpful, because as of right now I don’t really know anything about it,” Maly said. “It’s important to have your voice heard — your one vote makes a difference, and knowing how everything works is an important part of that.”

Juniors and seniors can pick up applications from Student Life Director Devin DeMartini-Cooke’s office starting next week or find them online.