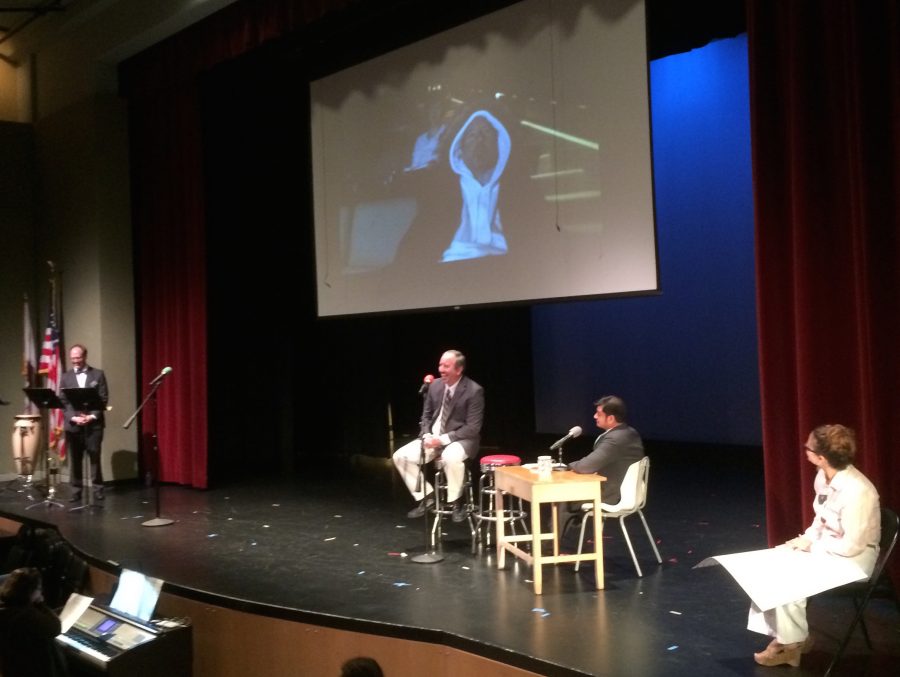 “We wanted to show students that the faculty can have fun too,” Administrative Assistant Jeanne Asdourian said. “We are not just these stodgy, dull teachers.”

The idea for the assembly was proposed early on during the first semester and brainstorming and planning has been going on ever since, according to math teacher Jordan Lewis.

“I thought it was very entertaining, especially at the end of the year when everyone is stressed out about exams and tests,” junior Ana Cahuas said. “It was a good assembly to have in order to lighten the mood around here.”

History teacher Michael Stafford and English teacher Julia Arce spearheaded the assembly and proposed the different segments, according to Lewis.

“We did the assembly to first of all have fun,” Lewis said. “It was also our gift to the students to show that we appreciate them.”

Faculty acted out and shared a video of their own version of “Downton Abbey.”

“We don’t always get to see what teachers are really like outside of the classroom,” Cahuas said. “The video and singing and dancing allowed us to see a different side of all of them.

The teachers used concepts and ideas that students and younger people could connect with in order to entertain us, according to Cahuas.

“The best part of the whole entire show was watching students’ faces,” Asdourian said. “It looked as though you guys were saying, ‘Who are these people?’”