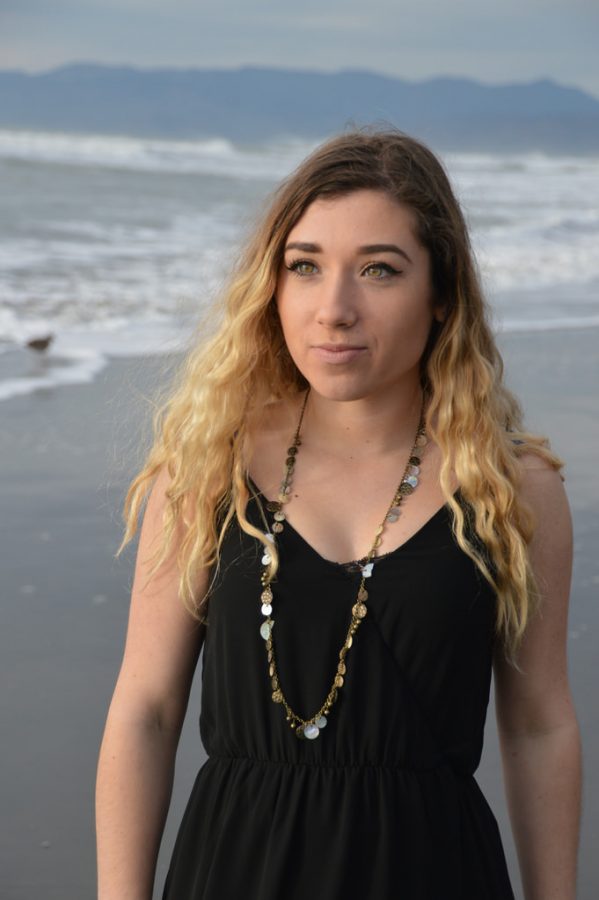 A senior will travel to Washington D.C. in July to perform in a poetry festival after winning several rounds of competitions, the latest one last Saturday.

Judges scored hundreds of participants in the preliminary rounds from one to 10 and the highest and lowest scores for each performer were dropped. The top three scorers from the preliminary rounds went to semifinal rounds and the same process was repeated. From the semifinals, 12 people were selected to continue on to the Grand Slam Finals. The top five from the finals move on to perform at the Brave New Voices festival over the summer.

“I was an audience member in last year’s Grand Slam Finals and I was really inspired by the poetry I heard and I went to one of their workshops for the first time,” Greenhill said. “I applied to be a paid intern and I got it.”

Greenhill performed a poem about Jewish heritage and stereotypes and another on bisexuality and being LGBTQ, tieing it into her love for biology.

Catherine Heinen | With Permission
“I feel that all the performers told stories in their poems,” English teacher Julia Arce, who attended the performance, said. “It was vulnerable; it was articulate. It was confidently delivered and it was original.”

Greenhill integrated singing as part of her poem which engaged the audience, according to Arce.

Catherine Heinen | With Permission
“It also had an edge to it so there was a lot of audience response while Maya was performing which really stood out,” Arce said about the poem. “It was like being at a music concert but it was a poetry concert and there was so much love in the house.”

Greenhill had a love for poetry before becoming involved with Youth Speaks, a non-profit which educates and spreads awareness on social justice topics through spoken word.

“I’ve always been interested in poetry,” Greenhill said. “It wasn’t until I got involved with Youth Speaks that I realized that poetry and social justice can have an amazing and large intersection.”